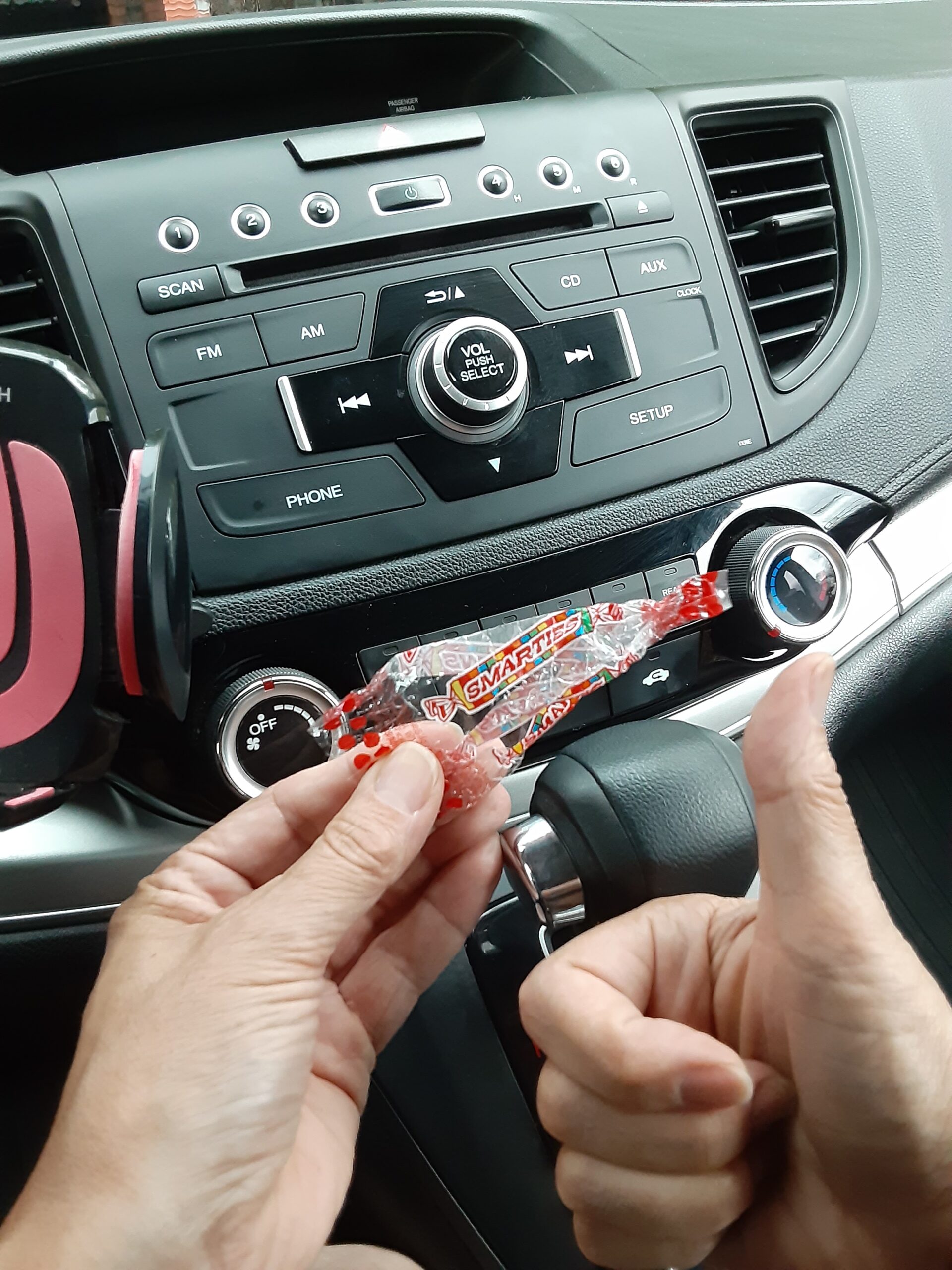 Typically, on Mondays at work, someone will ask how my weekend went, and my response is usually based on how much I accomplished in those two days. I know, it’s a little odd. Most people are out having fun with friends, enjoying the warm weather, and sure, I’ll do some of that, too—but on any given day, nothing gets me revved up like knocking items off my to-do list.

One of the things I’ve always enjoyed is detailing my car. I will get out all the bottles, sprays, wipes, and rags, not to mention the shop vac, and make that car sing from one end to the other.

After all, it’s satisfying and rewarding work, and it feels like you have a brand new car when you’re done. And you never know what you’re going to find in a nook or cranny as you move from one section to the next.

The weather’s been either too wet or too hot to really do a nice job. When I start a project like this, I have to do it well, and I have to get it all done in one go. There’s just no other way. So it took until mid-summer for me to find the time.

To be honest, it was still actually way too hot, but I just wanted to get it done, since I was taking a brief vacation in a few days.

I have the sweetest, cutest, funniest dog that anyone could ever love, but he has a coat that is constantly in a state of shed like you have never seen. And having been the owner of a Husky and a Chow, I’ve seen some serious shed. I have actually seen tufts of hair wafting towards the ceiling on numerous occasions, but this dog is really something else.

I’ve learned how to live with dog hair on most everything I own, and that means the inside of my car has its own little lining of the stuff. I’ve learned the hard way not to open all the windows on a hot day, since it creates a swirling tornado of fur and it’s not a good thing, especially if you’ve just stopped to get some ice cream at the drive-thru.

The first step then, after removing that strange variety of items that accumulate in a vehicle over time, is to de-fur the area, and then wipe off the mud and dirt from various trips to the dog park. Did you know it’s practically impossible to get the spattered mud off a car door speaker? All those tiny, tiny holes.

I did have Mr. T tied up to the porch while I worked, since he likes to be near me so much, and there was plenty of shade for him to stay cool. After sniffing out the yard to make sure it was clear of bunnies, he came over to say hello and get a cuddle. Not wanting to get distracted for too long, I explained to him that I had to keep moving and he could relax on the porch while I worked.

I did find some exciting things as I worked. There are numerous buttons, tabs, and handles in and around the rear of my car, and I thought I knew what they all were for.

At one point though, I pulled a handle, and half of the back seat rolled forward toward the floor while the seat back tumbled forward to create a completely flat area for cargo. I was stunned. I knew the seats went forward, but they’d never done it on their own! Wow, what an Easter egg moment! I wondered what other fun was in store for me.

The hatch area clean, I moved to the back seat, methodically wiping all the door edges and using soft rubber brushes to pull the hair off and out of all the tricky places. Yes, I use a toothbrush to get at the spots my fingers can’t reach. The work was very satisfying, but the heat was starting to get to me, so Mr. T and I ducked instead for a cool treat.

After a short break, I continued on, pulling out all the floor mats. As I searched beneath the seats, I found the usual: quarters, dimes, bulldog clips, paper clips, a throat lozenge, and several fossilized french fries.

I shouted out in great delight, though, when I found a single pack of Smarties wedged between the seat and the console. What a find! I can’t even remember how it got there, but it filled me with great delight to find it. Another Easter egg!

The front seat took the most time, since it’s occupied the most often and has the highest number of nooks, crannies, and cubbies. The glove box looked pretty well organized, and then I saw it—my 2021 window sticker pass to the state parks! I must have put it there with hopes of applying it and then just forgot. My mom always said that good things come in threes.

By the end of my great adventure, it was getting late in the day, and Mr. T had been relegated to the coolness of the AC inside. He did sit by the sunroom window, though, so he could supervise the cleanup. I scrubbed and rinsed all the floor mats, let them dry in the hot sun on the front steps, and put them all back in place. It felt marvelous to finish, and the car looked amazing. As I put things away and straightened up the garage, I felt very happy and satisfied.

Tomorrow morning when my coworkers ask, I’m sure I’ll get some strange looks as I excitedly tell them about the great time I had getting my car showroom clean on a 90-degree weekend. But then, I’ve been getting strange looks for years. You get used to it.

Now, where did I put those Smarties?