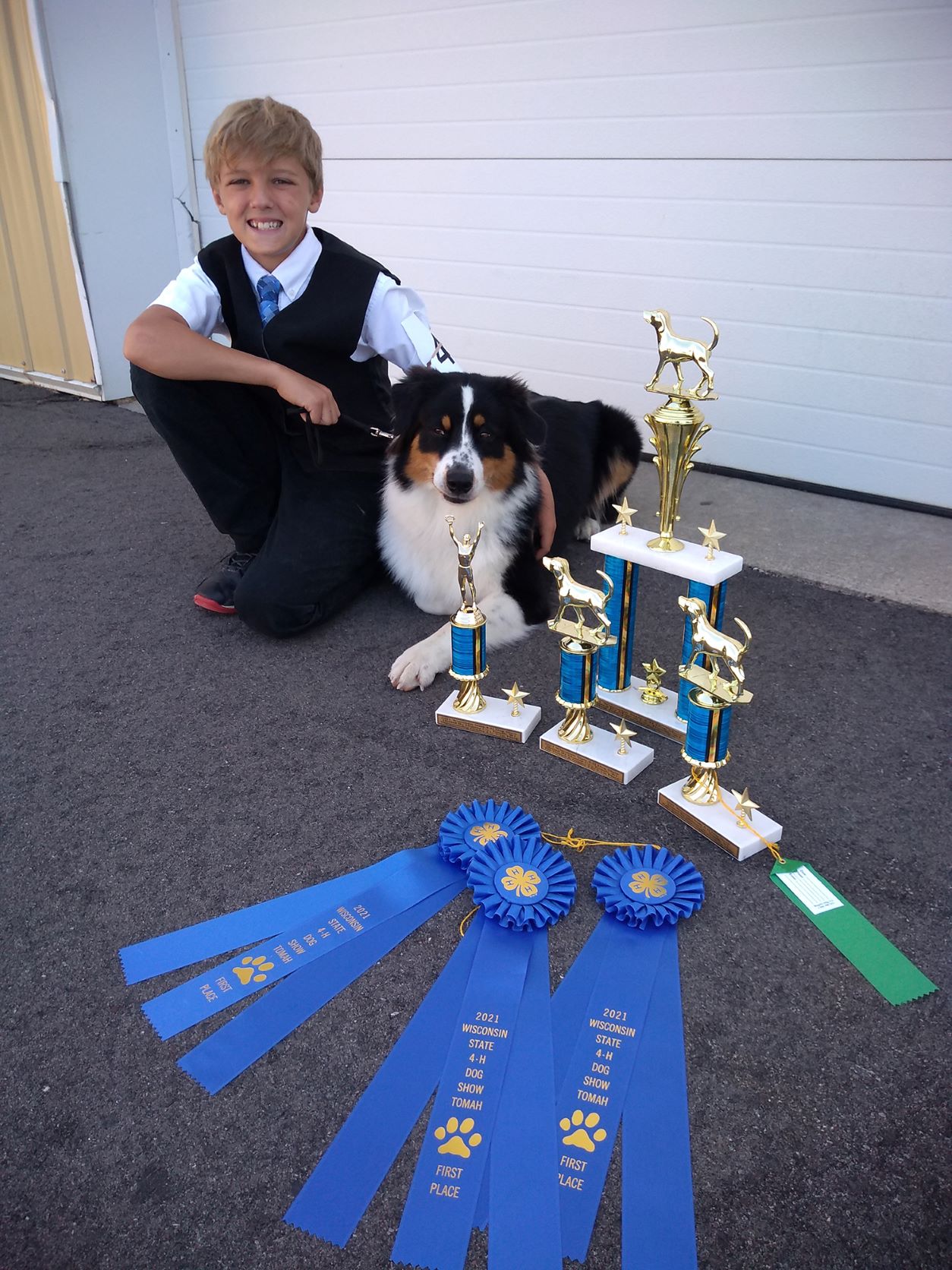 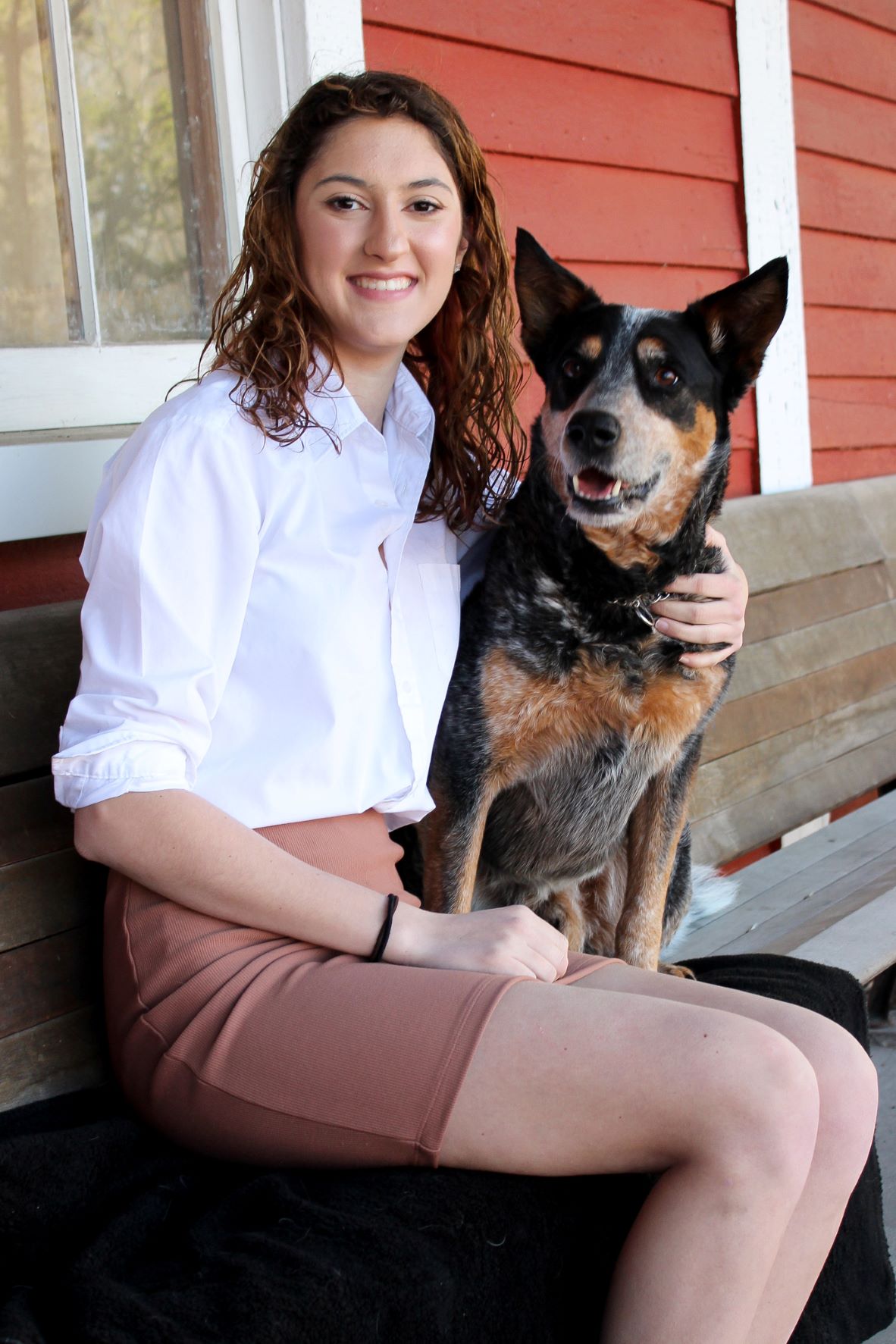 Samantha Carlson of the Nelsonville Zippy Zees and a long-time member of the dog project and Matthew Carlson, also of the Zippy Zees, competed at the State 4-H Dog Show held Saturday and Sunday, August 21 and 22, in Tomah.

On Saturday, members competed in Rally and Obedience. Samantha competed in Master Rally, the most difficult level of Rally competition. Samantha and her dog Captain placed first with a qualifying score. This also earned the team Highest Scoring Dog in Rally Master.

This was Matthew’s first year exhibiting at State with his Australian Shepherd, Carmen San Diego. The team entered Intermediate Rally grades 4-6 and placed first with a qualifying score.

The showmanship classes were held on Sunday. Samantha and Captain placed third out of seven teams in a tough 12th+ grade class of Showman.

In grades 4-5, Matthew and Carmen competed with five showmen in the class. The team placed first! Then they competed for Top Junior Showman in Grades 3-5 and won that.

Now the top showman from each grouped grade competed for Best Junior Handler Overall. Matthew and Carmen competed in this class and did their best, but someone else was chosen.

Congratulations to both teams and for representing Portage County well.

Next year’s State 4-H Dog Show will be held in Portage County at the Amherst Fairgrounds. Come out and see why these kids are so passionate about dogs.