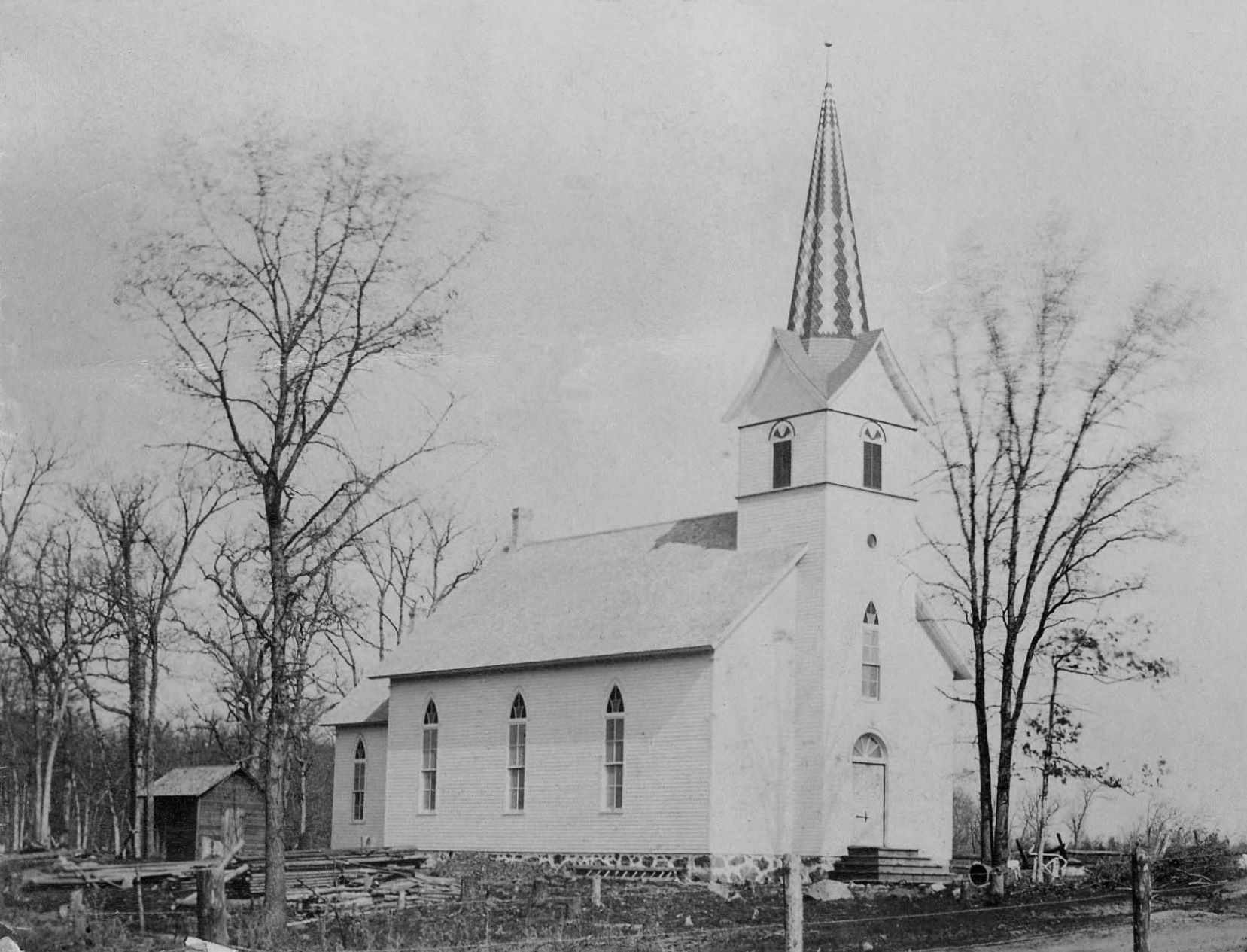 The weather was cold and there was snow in the air. Henrik debated if he should risk taking his wife the two miles from his farm to the church for Christmas Eve services. But it was so important. The first services in the new church, after so much struggle. They had to go.

As Henrik harnessed the horse in the barn in preparation for the trip, he thought of all the events that had occurred over the last several years to bring them to this place. The long, arduous trip from Norway to America, the trip into the “Indian Land” by wagon from the port city of Chicago, the difficulties of carving out the farm in Amherst Township. The horror of the Civil War in which both he and a son enlisted and from which only he returned. The aftermath of ill health and growing old age but, despite this, there was and always had been the knowledge that no matter the adversities, his faith would see him through.

In the last few years, even the teachings upon which that faith was based were being tested by a new interpretation of the scriptures, which he knew so well; interpretations that were causing questions and confusion amongst his friends, neighbors, and fellow congregants.

New Hope Church had been founded in 1857 at the urgings of Pastor Olaus Duus, who was also the first permanent pastor of the recently formed congregation in neighboring Scandinavia. The congregants in New Hope continued to meet in parishioners’ homes until 1863, when plans were made to build a church building.

The New Hope Church continued to grow so that, by the mid-1880s, it was second only to Scandinavia in having the most members in the Norwegian Synod, which at that time included parts of Northern Illinois, Minnesota, Iowa, and Wisconsin. About this time, a new pastor was installed in New Hope who was the product of seminaries established in the Midwest and who professed a more liberal translation of the scriptures than the traditional clergy educated in the “Old Country.”

In addition, settlers who had emigrated from Norway or those who had been born in this country were not as willing to accept the strict interpretations of the word of God as put forth by the clergy educated in Norway. Many of these emigrants had left their homeland in the first place because of restrictive rules of land ownership and advancement put forth by the educated ruling class, of which the clergy was a part. Now being in a new land, freedom took on many forms, including how one viewed the time-worn concepts of their religion.

There were those, however, who valued the rules and interpretations ingrained in them in their youth and early adulthood, and Henrik was one. Having served in the Norwegian army for a number of years, order and discipline was a way of life. Now, with changes to the very basic religious beliefs that had been the foundation for his life, there was a growing feeling that things were going down an uncharted and dangerous path.

Henrik was not alone in this concern. A fair number of families in the New Hope Church had similar feelings. Various attempts were made at gatherings, both informal and official, beginning in the mid-1880s, to press their views that the new interpretations of the scriptures were a severe deviation of the traditional teachings of the church. As time went on, it became increasingly evident that there would be no change in the way the scriptures were taught. Consequently, on February 3, 1888, about 20% of the congregation broke way from New Hope to form a new church more attuned to the traditional teachings of the church as they knew it.

In the months that followed, services were held in various homes of the parishioners of the newly formed church, while the leaders considered options on how best to move forward.

Slightly over a year later, it was decided that the new congregation needed a church building of their own. Evan P. Kalstad, an active member of the traditionalists as well as a chorister and parochial teacher, offered a corner of his farm on Plank Hill, at the intersection of present-day County Road T and Trout Creek Road, for the location of the new church. Building progressed rapidly though the spring and summer of 1889 so that by Christmas of that year, the church was completed enough to allow services to be held. Much was yet to be done, but at least they now had a “God’s House” of their own.

As Henrik led the horse out of the barn and hitched it to the cutter for the trip to the church, he looked out over the snow-covered fields of his beloved Kongsgaren (his wife’s favorite name for their farm). “So much has happened,” he thought. “The stress of the separation of the churches, the disruption of the community, the strain of relationships among friends and even family. We are old and tired. Please God, from this day forward, may we at least be at peace.” With that he walked into the house to get Kisti, his wife.