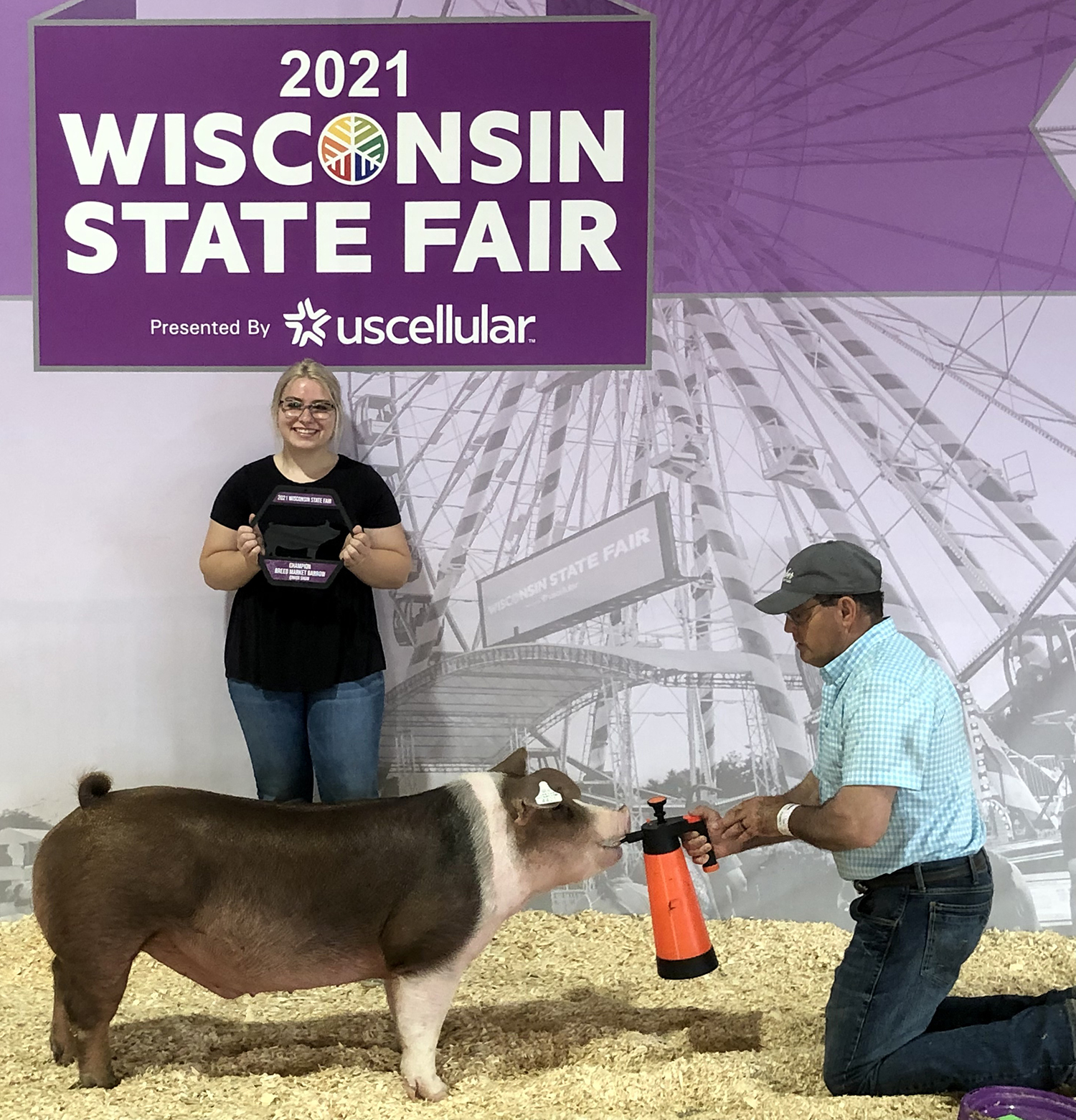 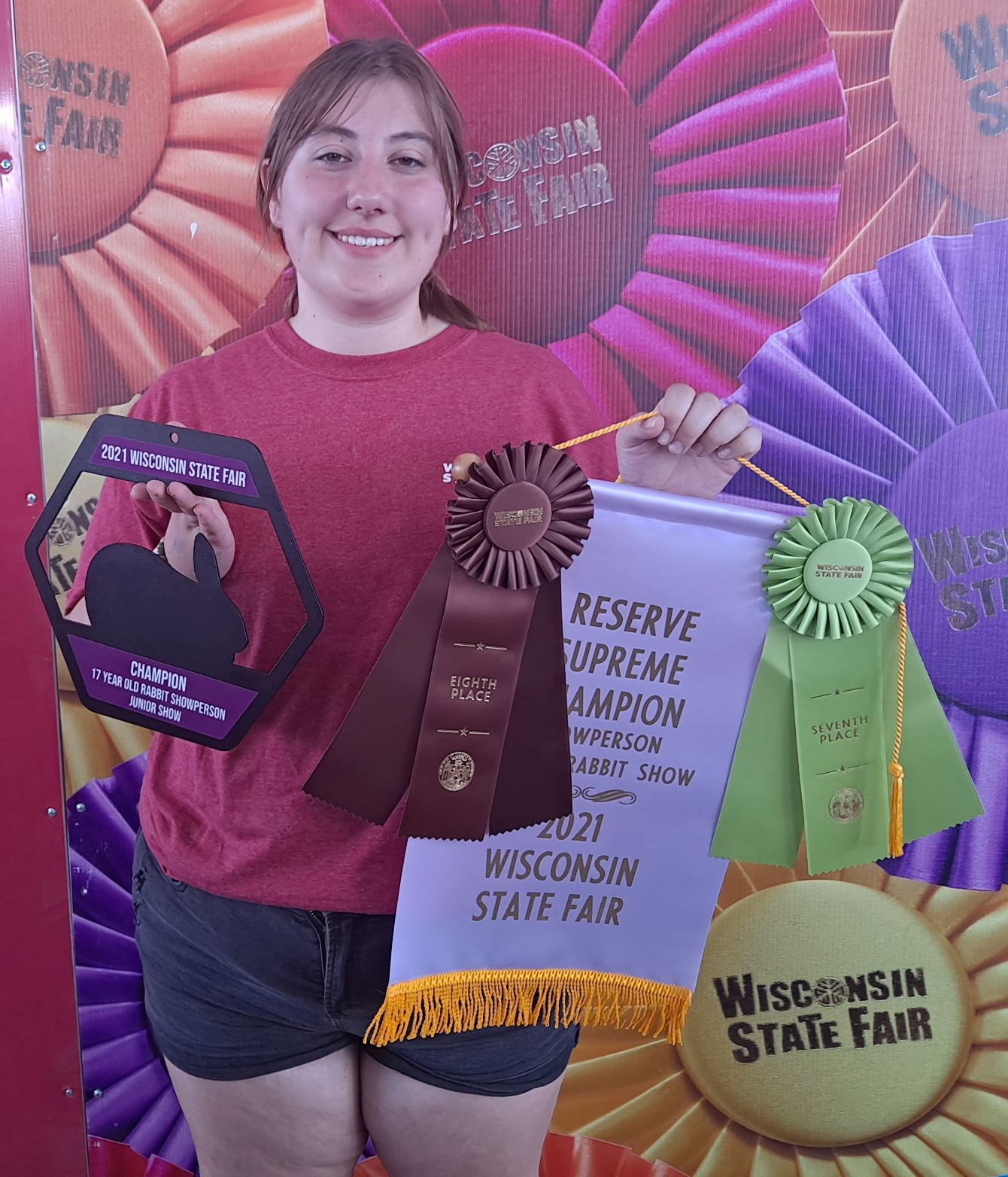 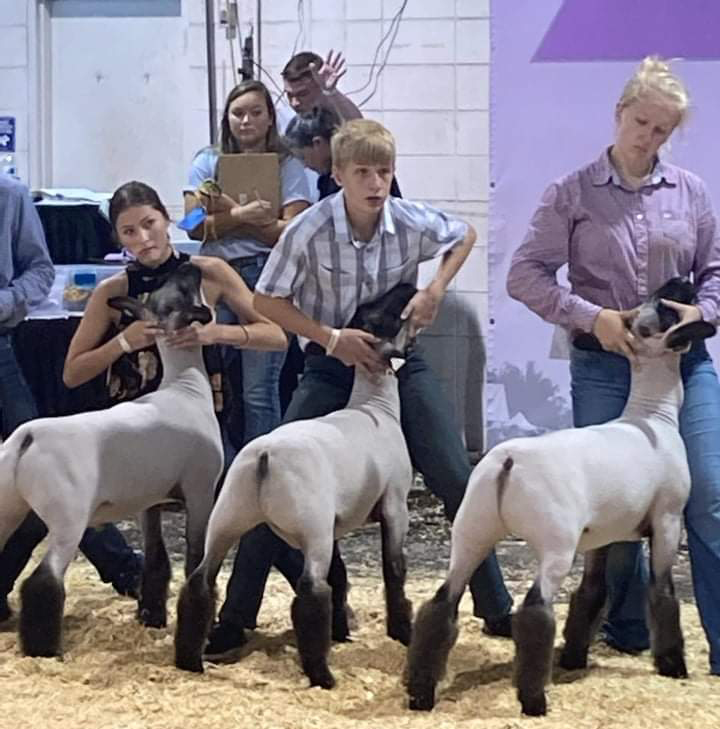 Portage County youth had a phenomenal time at the Wisconsin State Fair in early August.

Five Portage County 4-H members—Annika Waltenberg and Claire Lewallen from the Nelsonville Zippy Zees, Harleigh and Natalie Carlson from the Tomorrow River Voyagers, and Natalie Sanford from the Almond Busy Bees—showed rabbits and did exceptionally well.

Claire won the 14-year-old Showmanship class and placed sixth in the quiz. She won fourth Overall Showperson. She also received Best of Breed and Best Opposite Sex for Champaign d’Argent, Flemish Giant, and Polish, as well as Best Fur for all of those breeds. Finally, she received the designation of having the third Overall Best Rabbit at State Fair with her Champaign.

Harleigh won the 16-year-old Showmanship class and received Reserve Champion in the quiz. She won fifth Overall Showperson. In addition, she received Best of Breed Checkered Giant, Angora, Rhinelander, and Satin, and Best Fur for all of these breeds.

Natalie Carlson won the 12-year-old Showmanship class and placed eighth in the quiz. In addition, she received Best of Breed Britannia Petite and Best Opposite Sex Britannia Petite, English Spot, and Himalayan.

Over in the beef area, Candace Lein, president of the Almond Busy Bees and an incoming junior at Almond-Bancroft High School, placed second in the Simmental Market Steer Class and then received Grand Champion Bred and Owned Simmental Steer. That latter award included a trophy and clippers courtesy of Andis. In addition, she won her class with a Maine-Anjou heifer.

Tomorrow River Voyagers member Abigail Helbach had a great run with her pig, Tigger, who was chosen Grand Champion Hereford Barrow. This earned her a spot in the Governor’s Blue Ribbon Livestock Auction, where Tigger sold for $5,000 to Case IH. She was awarded a $1,500 college scholarship as one of the top 11 candidates in the Auction’s foundation scholarship competition.

Daniel, Jacob, and Noah Spoelstra enjoyed exhibiting their sheep at the State Fair. Learning experiences such as communication skills and livestock quiz were a part of the week. The boys also participated in market classes and showmanship.

Congratulations to all the exhibitors for their hard work in these projects! You all represented Portage County well.

Previous PostGrain bin documentary screening August 22 at Jensen CenterNext PostLady Lovin’ Her Life: What I did this summer
0Shares