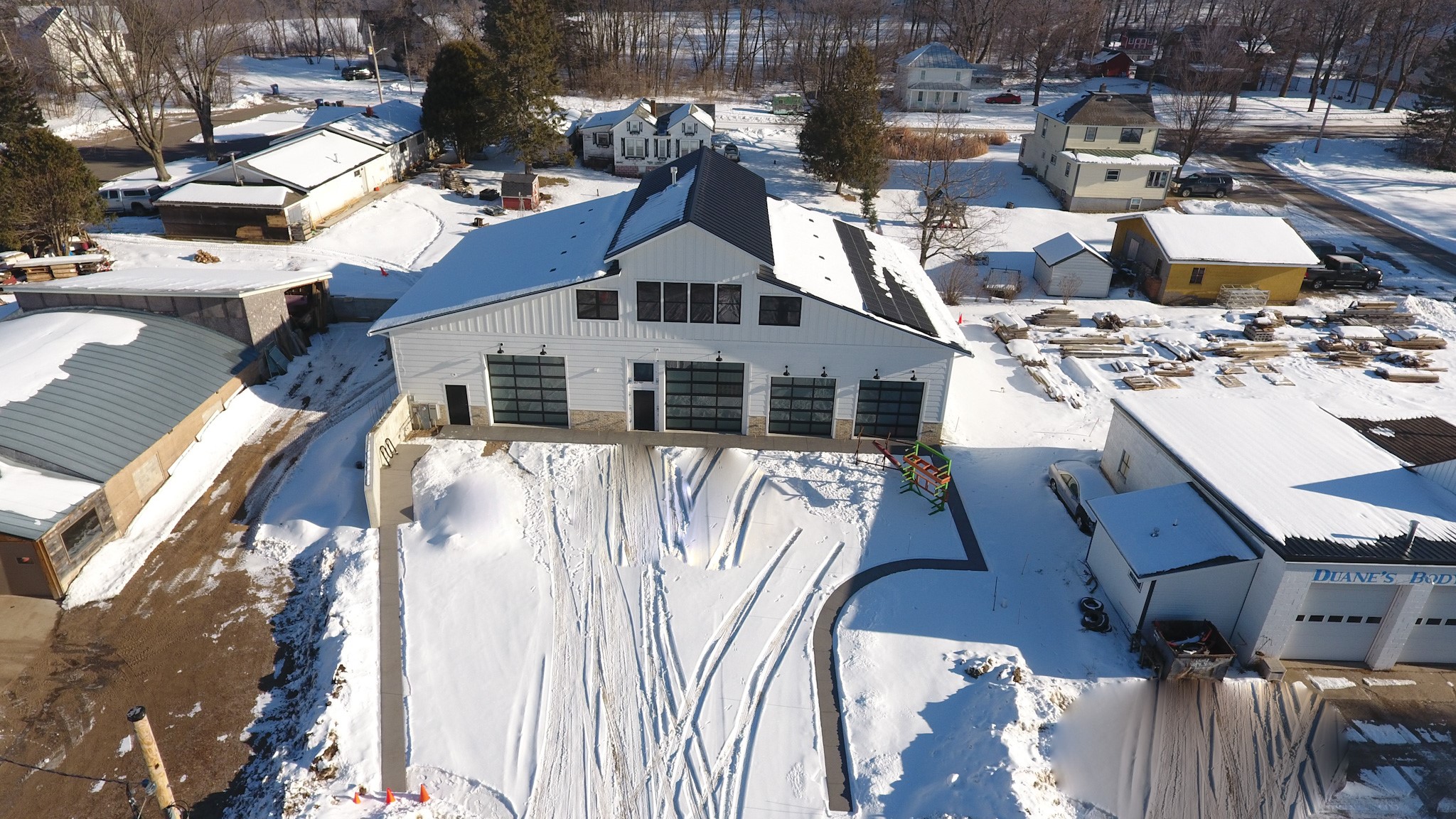 A new warehouse, garage, and shop helps the company centralize its operations. 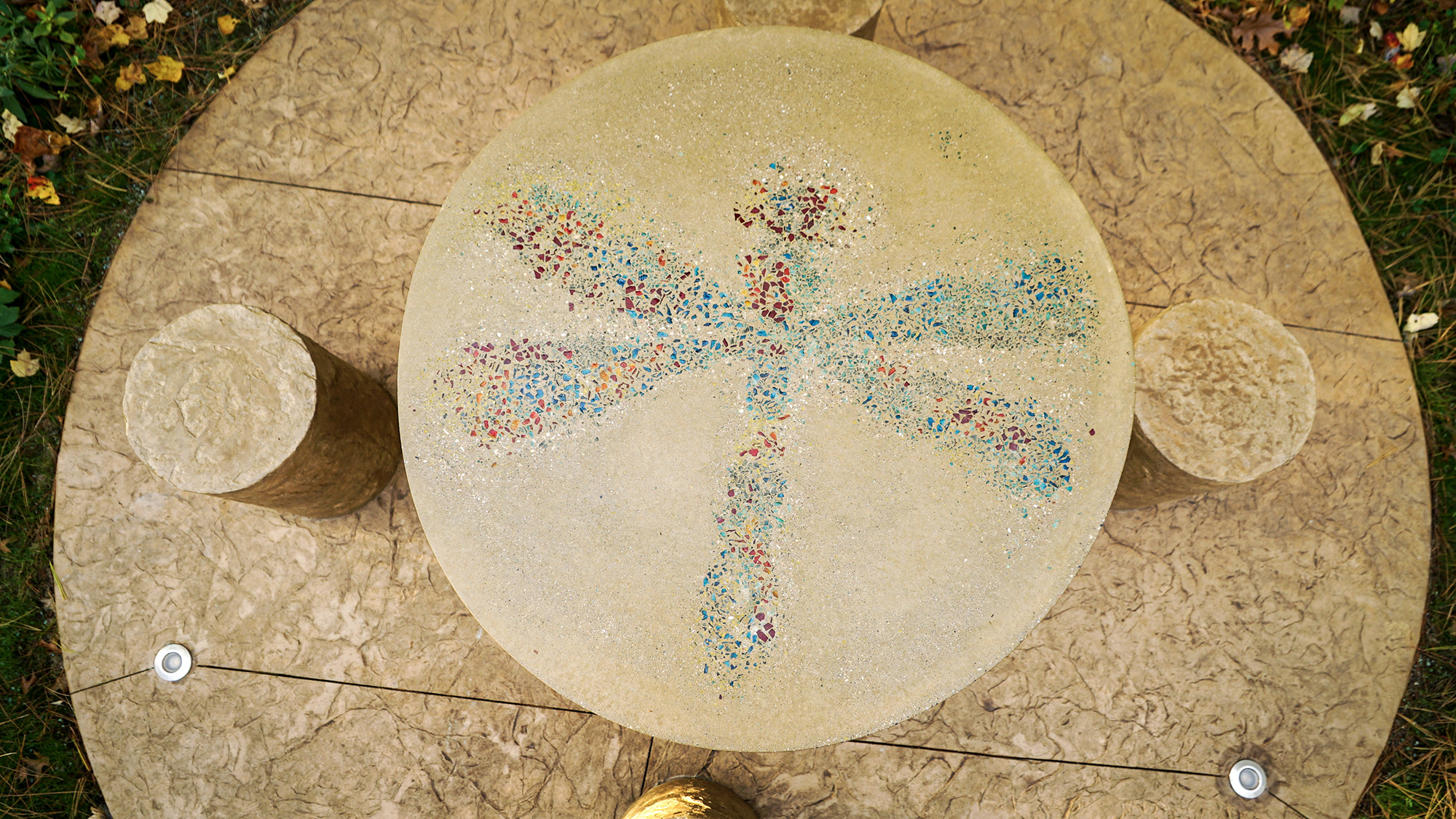 The Wasleski family helped design the inlaid dragonfly design for their table. 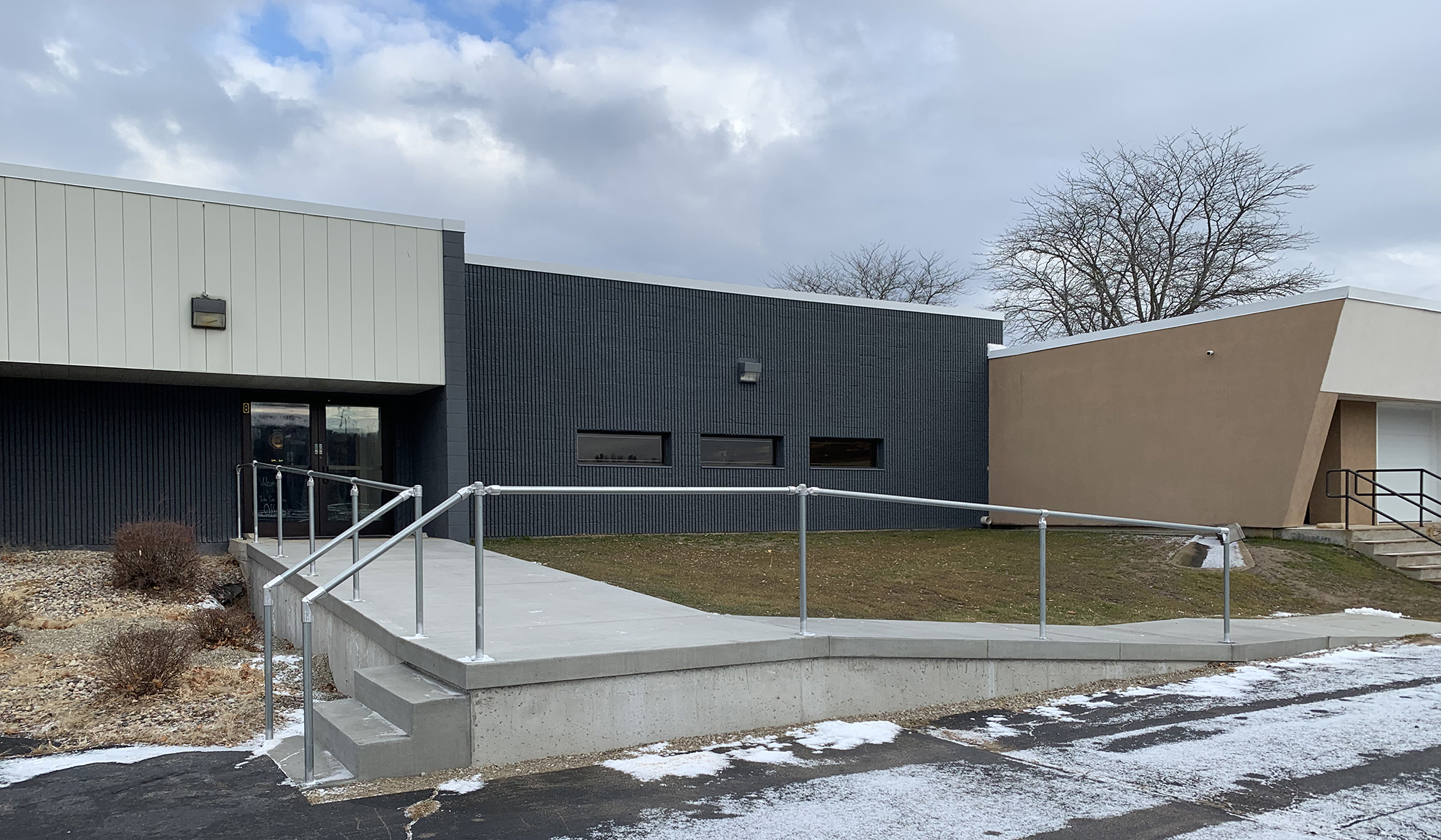 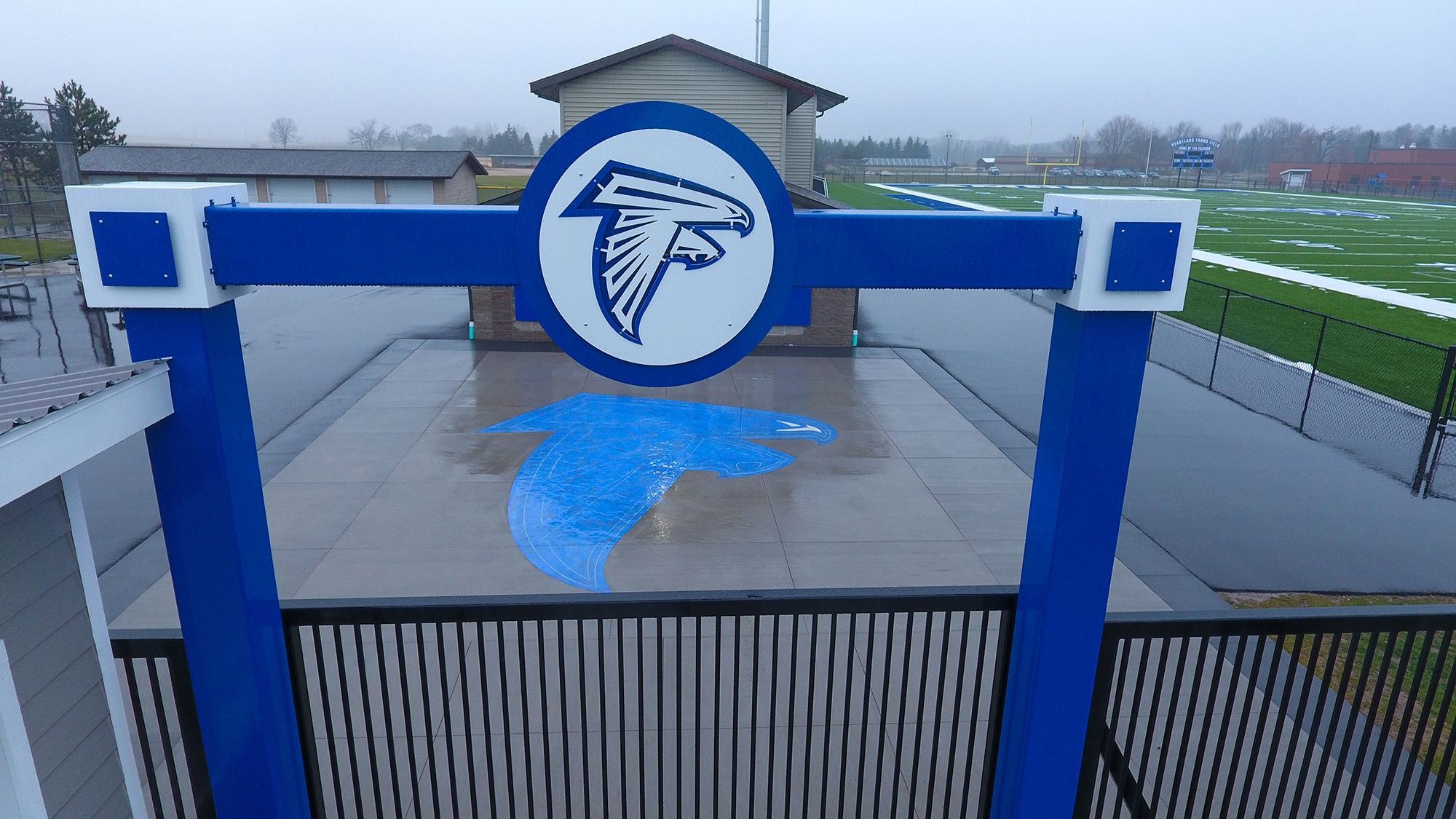 Among Alchemy Concrete’s other award-winning projects is their work for the Tomorrow River School’s new athletic field.

When most people think of concrete, they think of the typical gray material poured for roads, building foundations, retaining walls, driveways, and sidewalks. But there are many more ways this versatile building material can be used, from decorative to innovative.

Alchemy Concrete of Nelsonville is one of those companies that fully explores the innovative and decorative uses of concrete, which has earned the firm multiple awards in the past few years. Most recently, the company was the winner of the 2020 Decorative Concrete Council Award from the American Society of Concrete Contractors, with nominees from all over the world. Alchemy’s entry was submitted following a 2019 State Award for Decorative Residential Concrete.

The project that received these awards, the Weslaski family’s vacation retreat, named “Legacy at the Lake,” was constructed on Sunset Lake over four months in the summer of 2019 and involved 15 separate concrete pours for a total of approximately 54 cubic yards of material over 4,353 square feet. Alchemy’s Director of Development Charlie Wanty described the scale of the project best as, “pouring concrete from the road to the lake.”

The project included not only a decorative driveway but also concrete veneer overlay on one of the home’s entry steps, poured columns with pre-cast caps, poured walls, in-concrete lighting, a Weslaski family medallion, and a dragonfly table that Wanty said the family designed themselves.

Alchemy founder and owner Judah Haas worked in concrete construction as one of his first jobs growing up and continued learning the trade by working for local companies until he eventually bought out his concrete boss’ firm before starting Alchemy Concrete in 2004 in Stevens Point. In 2010, he relocated to Nelsonville. The company now employs approximately 17 full-time and five part-time employees. In addition to its growing Nelsonville location, the company opened a second location in 2016 in Travelers Rest, South Carolina. In 2020, construction began on a garage, shop, and warehouse in Nelsonville to house the company’s materials and vehicles.

“We had been storing our forms and other tools in some storage sheds,” Wanty added. “This new warehouse will help keep things centralized.”

Currently, the company produces about 100 projects per year ranging from regular concrete work to decorative and more.

“We really like the projects that allow us to showcase what we can do,” Wanty said. “We enjoy working together with the property owners as they allow us the freedom to use our imagination and creativity.”

Wanty said that among the challenges the company faces are configuring timelines with other contractors on a project, where concrete must be poured at just the right time to accommodate those contractors’ needs.

More of Alchemy’s work can be found at the Iola Car Show building and grounds on the east side of Iola. The company installed the new concrete steps and ramps to the Car Show’s new offices as well as helped design and build the Tundraland performance stage further to the east on the Car Show grounds.

Commercial work like these projects earned the company a second 2019 State Award, this one for Decorative Commercial Concrete at the Tomorrow River Schools’ new football field.

Wanty said that the company’s work is not limited to these larger construction projects. They also produce decorative and functional countertops, tables, and other household items, as well as firepits, barbecues, patios, seating, and other outdoor amenities.