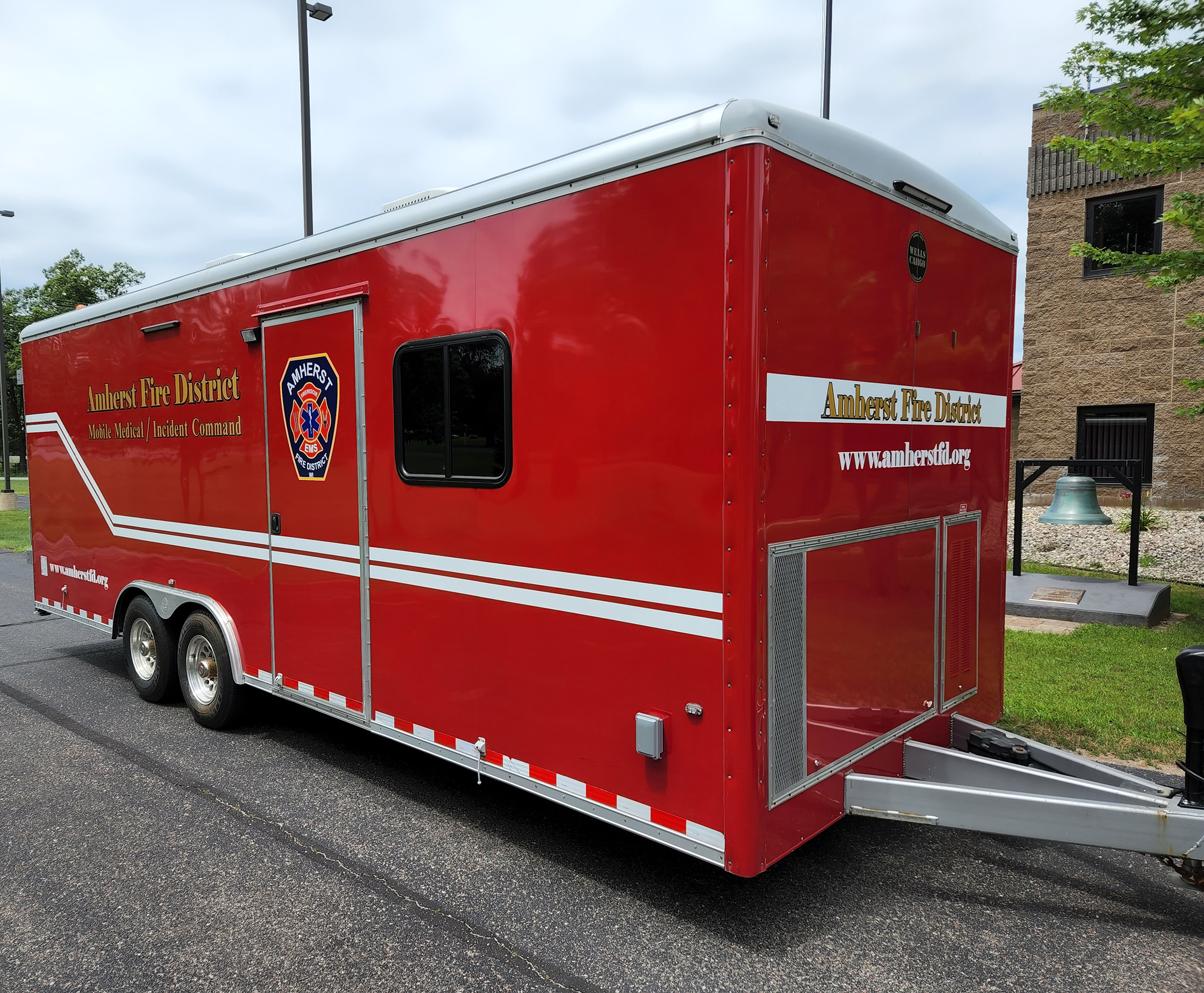 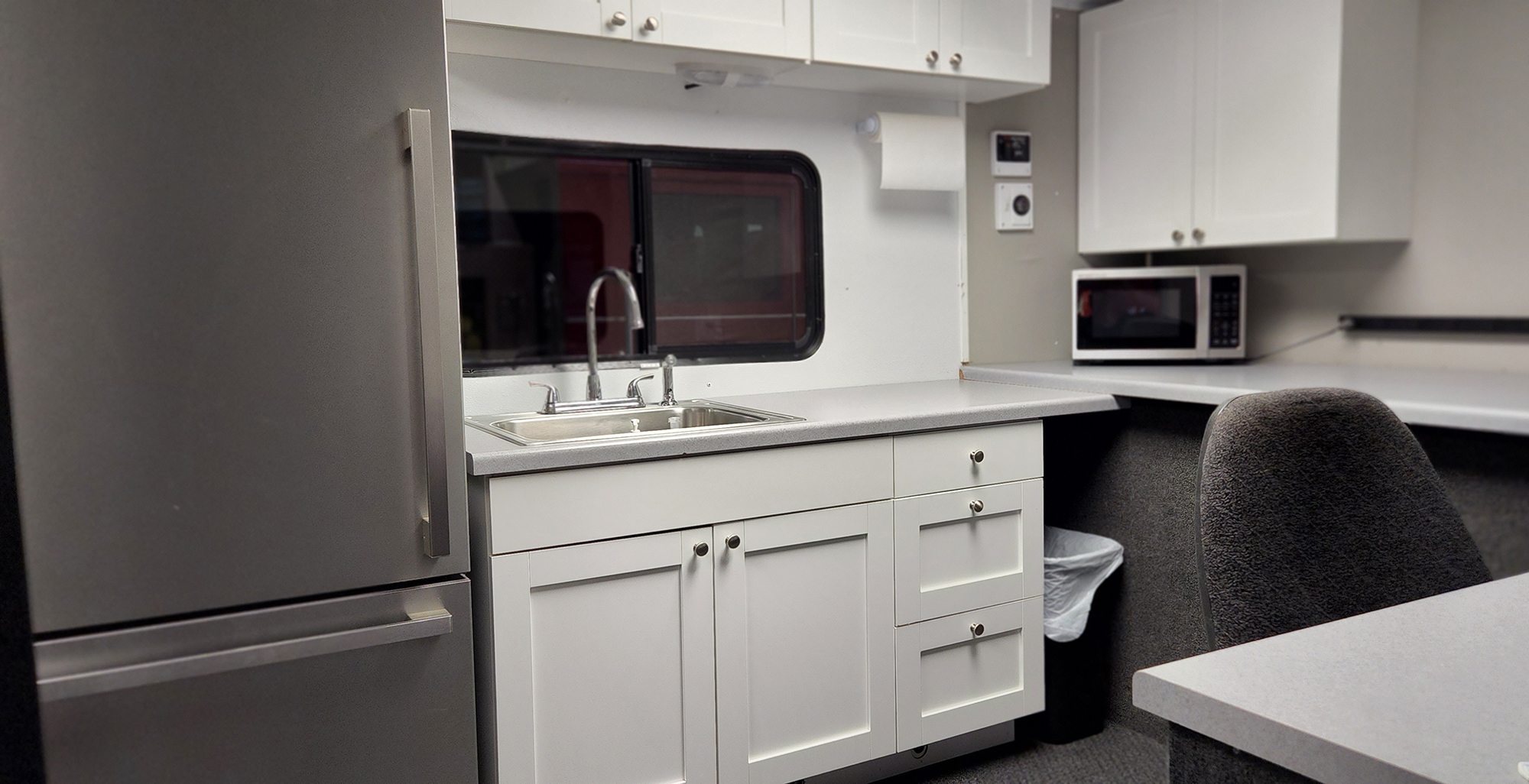 The Amherst Fire District (AFD) has added a Mobile Medical/Incident Command trailer to its stable of emergency vehicles. AFD Fire Chief Victor Voss told the Spirit, “There isn’t anything like it in this area. We started using it earlier this summer as the trailer was being finished. It was at the County Fair in July and the Little Britches Rodeo in August. It is also scheduled for two cross country meets at Standing Rocks Park this fall and the River Run on October 8.”

Voss said while the trailer can’t transport patients like an ambulance, it “gives us a base to work from while we wait for an ambulance or helicopter. We have much of the same supplies in the trailer that the ambulance carries including defibrillation units, medical supplies, and other equipment.”

Previously, the AFD provided such services out of available buildings or tents. “To develop a mobile medical base that can be moved, stocked with supplies, and provide privacy and comfort for both patients and providers was our main goal,” Voss said. “The trailer is designed to be easily reconfigured to serve as an Incident Command Post as well.”

Planning for the trailer began more than two years ago and the basic unit was purchased about a year ago, Voss said, adding, “A committee was established and a preliminary design developed, led by Firefighter Jerry Eron. That design was presented to a company in Madison for an estimate of roughly $40,000 to build out the interior of the trailer, so we opted to do the work ourselves, saving more than 50% of that cost.”

Fundraising for the project began a few years before plans were drawn up. “Our department members have one fundraiser each year,” Voss said, “our Sportsman’s Banquet. All fundraising profits and donations to the department go into an ‘earned money’ fund. We have held money in this fund for a few years in anticipation of this project.”

When not in use by the AFD, Voss said that, for a fee, other area fire departments can use the trailer at events for which they provide emergency services. “For incident responses, we would not charge,” he added.

Future purchases and additions for the trailer include an awning for the exterior and a golf cart to be paired with the trailer for added mobility at events.