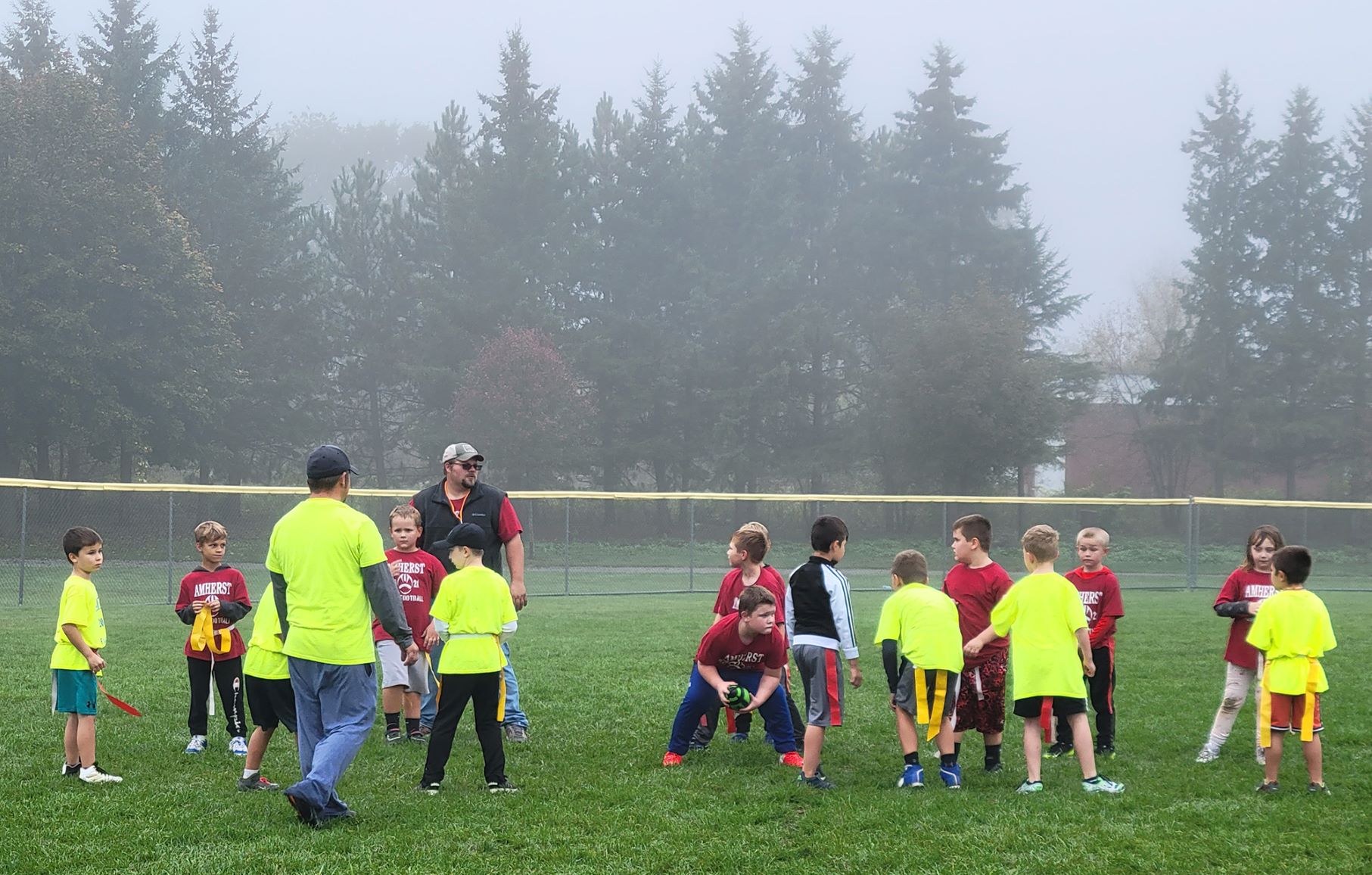 Even the youngest football players get their game faces on.

The Future Falcons Flag Football program, designed for children from 4K through second grade, had an exciting 2021 fall season.

Organizer Shannon Miller told the Spirit, “We had 50 kids sign up, more than double what we had last year.

“It was the best year yet while I’ve been running the program.”

The large enrollment allowed Miller to field a pair of teams of 4K and kindergarten students and four teams of first and second graders.

Miller said that no wins or losses are recorded as “the league is about having fun and getting exercise. If the kids learn something about football, that’s a bonus.

“The older teams may learn basic fundamentals, such as what positions like quarterback, running back, and wide receiver play, and a little about blocking, but fun is all that is emphasized.”

A highlight of the season was a visit by former Amherst Falcon and Wisconsin Badger football player Garrett Groshek and his wife to one of the Saturday game days.

As can be expected when dealing with such young players, several ran the wrong way at times; but ended up scoring touchdowns once turned around. “Unfortunately, the Friday night game at halftime was canceled as the game was moved to an away game,” Miller said. “I tried to get them in on the last game; however it did not work out.”

With her youngest son, Crosby, aging out of the program, Miller said she plans to move up to Ultimate Flag Football, and Stephanie Nerdahl will take over the Flag Football program.

Sign-up dates for next year will be posted on the program’s Facebook page in the spring and, again, in a summer issue of the Spirit.

All registration is done online, and the program now allows payment via Paypal.

“I want to thank the coaches for another successful season,” Miller said. “Without your help and dedication, the league would not be what it is. Thank you to the parents for volunteering to help with the football booster club. It helps tremendously when we all work together as one team.

“Thank you to the refs for taking time on a Saturday morning (when you could be sleeping) to help teach and model good behavior for Future Falcons Flag Football players.”