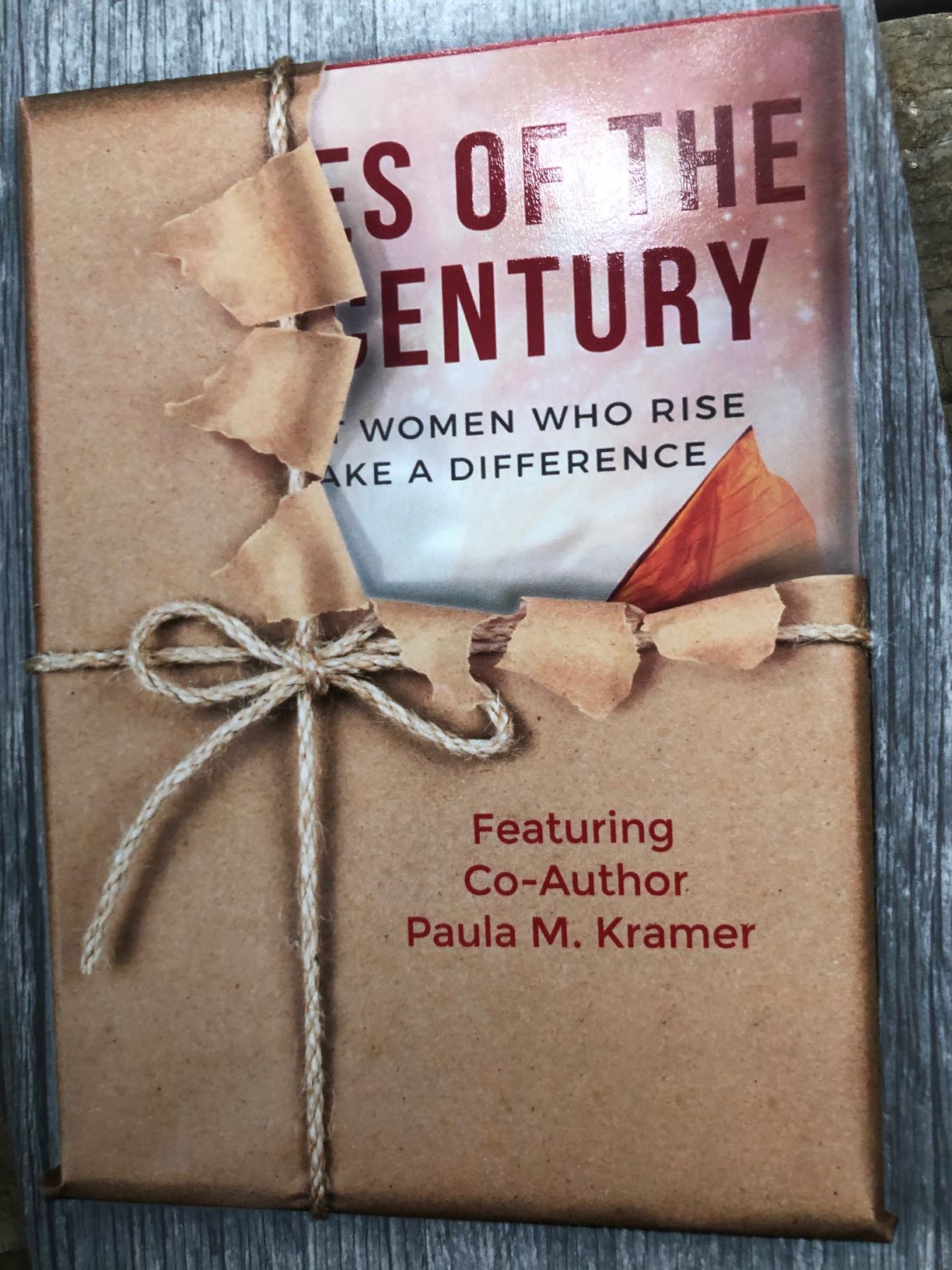 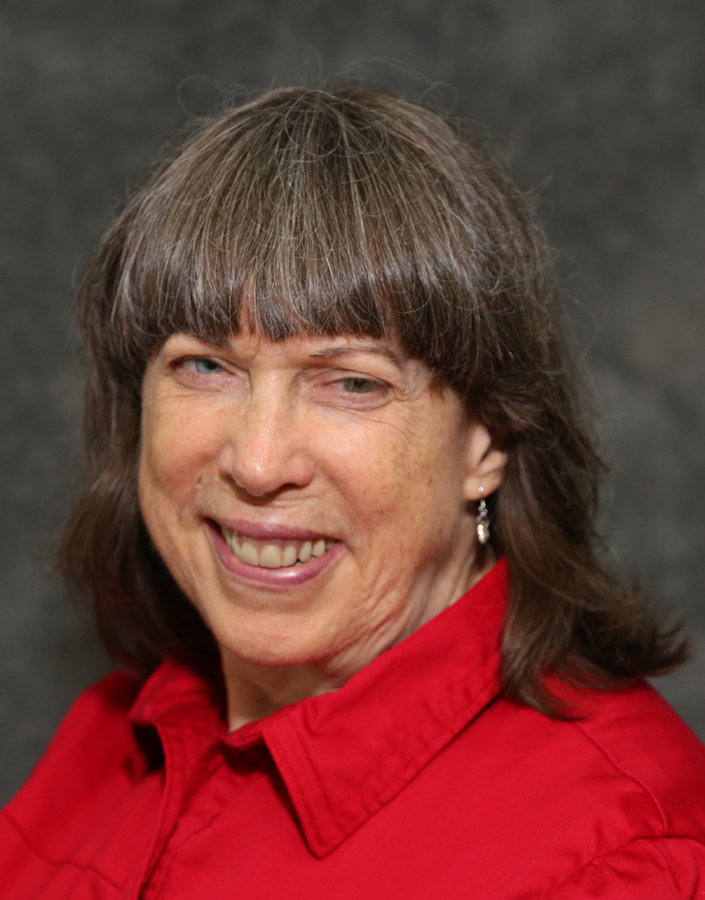 Paula Kramer is the co-author of the fourth book in the Voices of the 21st Century series.

In a new book, Voices of the 21st Century: Resilient Women Who Rise and Make a Difference, local author Paula Kramer has joined with 39 other writers to offer insights into dealing with and ultimately overcoming tragedies and difficulties.

Kramer told the Spirit that the book contains “Forty real-life stories of resilience against a variety of difficulties.”

“My co-authors are other women who have survived a range of traumatic and difficult situations. We each write about our own resilience that empowered us to rise up and make a difference.”

The fourth book in the internationally best-selling Voices of the 21st Century series, the project is published by the Women Speakers Association’s WSA Publishing, and this is Kramer’s first contribution to the series.

“My chapter is ‘Resilience Against Stereotypes,’ ” she said. “My mother stereotyped me the day I was born. Medical professionals stereotyped me for decades after a childhood spinal injury. I still face stereotypes, but I still use the positive strategies I developed as a child to rise up and make a difference. The subject fits my life. I had to be resilient or die.”

Kramer lived in Chicago as a young adult for about six years. “My last year there, I started thinking I was ready to move to the country,” she said. “Some of my high-school classmates had talked about going to college at UW-Stevens Point. I heard ‘Stevens Point’ and thought, ‘That would be a good place to live.’”

“Then I met my husband, who was from the Hancock area and wanted to move back to Wisconsin. Unfortunately, he died very young, and I moved back to Illinois for a year and a half to live with my parents. When I was ready to move back to Wisconsin, I remembered my high school classmates, thought about Stevens Point, moved here, and enrolled at UW-Stevens Point as a non-traditional student. I’ve lived in Portage County since 1981.”

With her personal success in overcoming several tragedies and difficulties in her life, Kramer said she wants “to help others triumph over any type of difficulty while also preventing more tragedies from happening. Pain, poverty, and stereotypes slow people down and create losses for communities. I want other people living through similar situations to understand how to create success in spite of difficulties. I want communities to understand the benefits of ignoring stereotypes to see opportunities.”

In addition to her chapter in Voices of the 21st Century, Kramer said she’s slowly revising an earlier book, From Pyramids to Circles: Shaping Groups to Succeed. “I wrote it as an independent study project in grad school after terrible experiences in two small groups and wonderful experiences in one small group,” she added. “I wanted to understand how people—including me—could behave badly. I learned that structure shapes behavior. The revised version will include a chapter about Portage County. Besides all of its firsts, Portage County is a ‘hotbed of spectacular success.’ Former UW-Stevens Point College of Natural Resources Dean Christine Thomas used that phrase when I interviewed her for the book.”

Kramer said the earlier version of From Pyramids to Circles sold especially well to convents.

Copies of both books can be purchased at Kindred Spirit Books and Emy J’s Coffee House and Cafe in Stevens Point.

Kramer’s future book plans include books about gossip’s effects, as well as Dominance, Influence, Steadiness, and Compliance (DISC) behavior styles, and “my experience in therapy coming to terms with my horrific childhood. That book is based on my journal and is a how-to and how-not-to do therapy book for both therapists and clients.”

In addition to her writing, Kramer said she is holding “online workshops about gossip power in the workplace and breaking glass ceilings.” Both are listed at Eventbrite.

“I am also promoting small businesses that donate money to charities and non-profits through my online business directory, Better Planet Business.

“I offer positive online identities to people with mugshots so they can more easily live positive lives through My Record Now. The About page at My Record Now reveals how adults gave me what I needed as a child to be resilient. I was able to develop positive strategies as a child because of what they gave me. Those positive strategies helped me walk away from the lures of the Chicago Mob when I was 20 years old. The son of the real godfather and FBI parts of that story are on the first page of speakingfromtriumph.com.”

“Voices co-author Linda P. Thompson asked me to do a joint presentation with her because our resilience strategies are similar. Linda and other Voices co-authors Jane Parmel and Lois Wagner are on the 2020 Brainz 500 Global List along with Kamala Harris, Elon Musk, and Greta Thunberg.”

With all of those plans and projects looming, Kramer said, “I will continue being positive. Not only did being positive help me triumph over personal tragedies, being positive is now helping me make a difference around the world.”