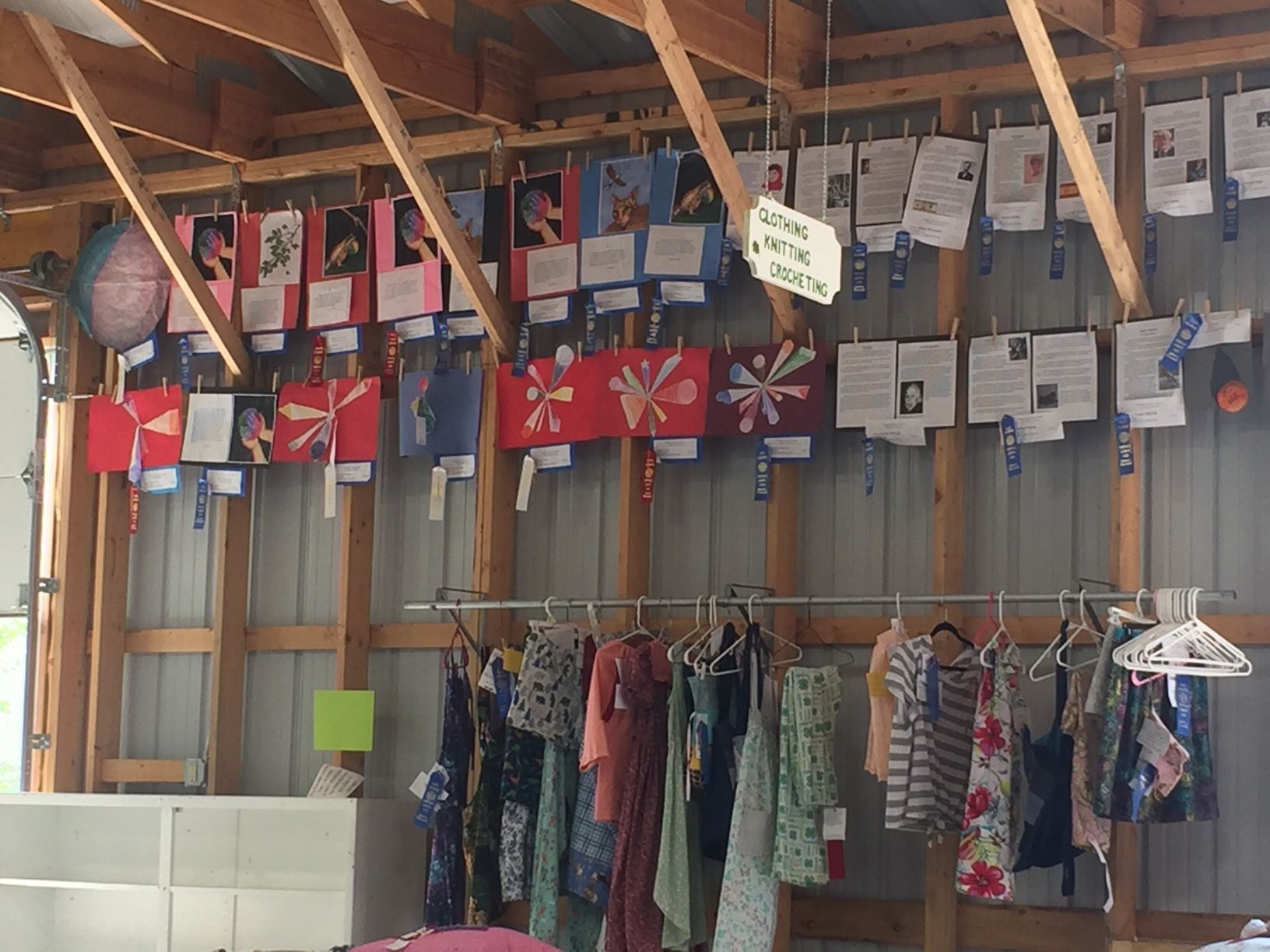 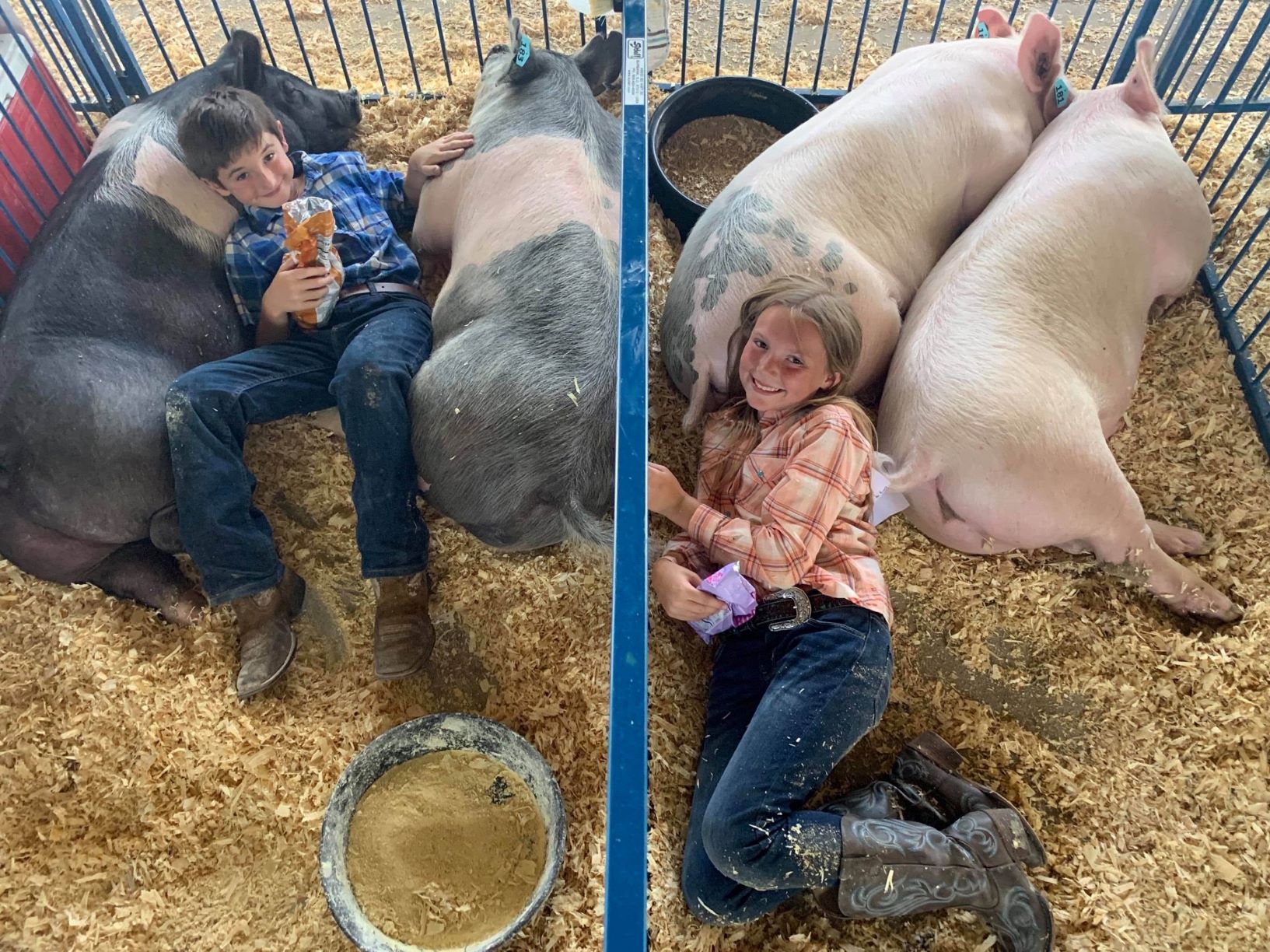 After two years of natural events affecting its normal running, the Portage County Fair—Amherst returns July 15-18 to the Amherst Fairgrounds with a parade theme of “Third Time’s a Charm.”

Fair Board President Tim Pederson said, “In 2019, we had extensive damage to our fairgrounds due to the storm that closed the rest of the fair on Saturday. The Fair Board has spent many hours and money to get the fairgrounds cleaned up and repairs made. When people come to the fair this year, they should notice trees are cleaned up, the grandstand has a new facing, the 4-H and FFA have new food stands, we have replaced a lot of our fences, built three new ticket booths, and added another volleyball court. We still have work to do, but those projects are on hold due to costs and not having a fair last year due to COVID.”

Portage County 4-H Youth Development Agent Connie Creighton has been involved with the fair for more than 25 years and has seen its infrastructure grow tremendously. “The Fair Board has added buildings and barns that are able to support more youth animal project exhibits,” she said.

Bob and Lissa Danforth, who supervise the animal exhibits, echoed those statements and added, “Our kids began showing sheep outside, and the animal pens were old. A few years ago, Mike Helbach took it upon himself to get donations to purchase wonderful pens for the sheep and hogs. Things have come a long way!”

Other changes to the fair include increased safety measures, something that was already in place prior to the pandemic. Pederson said, “We’ve had safety measures in place the past four years for e. coli. The board has signage up to make sure people know where sanitation stations are. Most of our activities are outside, and all our buildings have a lot of space, so people can keep their distance. We are following the CDC recommendations and are in contact with the Portage County Health Department to make sure we can keep our fair safe. A & P Enterprises are making sure their rides are cleaned and will take breaks throughout the day to do so.”

Pederson added that the fair offers something for everyone. “We have kept our fair a family fair. Besides animals, we have many crafts in our exhibit building, and there will be commercial exhibits, too. The carnival has rides, and there are many good food stands that help area groups with their fundraising. On Sunday, admission is free, and there will be a volleyball tournament, pedal tractor races, and a bean bag tournament. We have music in the beer stand each day. Grandstand entertainment includes tractor pulls on Thursday and Friday night and a demo derby on Saturday. We have a new company running our demo derby, and we will have more cars to put on a very entertaining program.”

In addition to all the events at the fairgrounds, the fair holds a parade through Amherst’s downtown on Saturday. Pederson said, “I don’t remember when our first parade was held, but Sarah Ambrose oversaw it, and now Tara Ambrose is in charge. We recognize the Persons and Business of the Year selected by the Jensen Community Spirit to be part of our fair, too. This year’s parade will honor those individuals selected over the past couple of years.”

Roy and Lissa Danforth supervise the animal exhibits and, while Lissa said she was a city girl “and never showed anything,” Roy exhibited cattle at his county fair in Ohio.

The couple’s involvement with the fair began with helping the children of Roy’s boss show cattle; then the Danforth’s own children showed sheep until they grew up and left the program.

“We started to supervise because no one else wanted the job,” Lissa said. “We continue to do so because of the kids exhibiting. They are a blast to work with!

“We both enjoy animals and have always worked with them, so this is a good fit for us. The animal projects are something that families must do together and bond over. They don’t work well when you don’t learn to work together. The kids bring their animals to the fair and make lifelong friends working and showing together. It takes a lot of work to get an animal ready to exhibit, and the kids learn life skills that make them valuable employees and great people.”

To organize the general exhibits in the youth building for attendees to enjoy takes a lot of hard work. Among the volunteers is Karen Jastromski, who helps Sue Pederson get the exhibit building ready for the fair, a task she’s done for the past 10 to 12 years. “We have to wash all the display cabinets, and sometimes we get a little help,” she said. “We then have to put them in place and put all the tags on the displays so the exhibitors know where to put the items they bring to the fair. We are at the fair starting the Monday of Fair Week until the end of the fair Sunday night. We organize the entries after they are judged, and we monitor the building during the fair.”

Jastromski also helps with the 4-H food stand. “Since I live so close, I open the stand and give instructions to the club that takes the first shift,” she said. “I check to see if any items are needed, any change needed, take the extra cash and put it in a safe place. I also close up the stand every night and take the cash box and bring it back the next day.”

Jastromski’s involvement with the fair goes back nearly 40 years to when her children joined 4-H in the fall of 1981 and began exhibiting at the fair in 1982. “I would only help on Friday, recording for the judges,” she said. “I was more involved with my kids’ activities during the fair like Ag Olympics and the talent show. I never was in 4-H myself, so my first experience was when I got my kids involved. We belonged to the Nelsonville Zippy Zees. In the fall of 1989, we formed a new club, the Tomorrow River Voyagers.” That club continues more than 30 years later with Debra Helbach as General Leader.

Advocacy for 4-H is strong with Jastromski, who said, “4-H is not only for farm kids. There are a lot of opportunities for all who want to get involved. My kids did not take animals to the fair. There are so many other areas besides the animal projects. Many people attend the fair to see the animals, but a lot of people come to the fair to see the other exhibits. We have a lot of people come through our exhibit building, and the cake auction brings a lot of interest.”

Creighton echoed Jastromski’s sentiments, adding, “Give 4-H a chance. 4-H involves youth in project-based education. Through project learning, youth can explore their interests and master new skills. 4-H projects are meant to be hands-on to create a memorable learning experience. Through 4-H, youth have the opportunity to become leaders and make friends all while having the time of their life.”

Pederson said his favorite fair memories are “watching an exhibitor’s excitement when they earn a Blue Ribbon, Merit Award, or trophy for Grand and Reserve Champion.”

He added that he enjoys “working with the great volunteers we have and looking at all the exhibits. Both of my daughters help my wife, Sue, and me in the youth building, and we have four young grandchildren that will spend the weekend with us enjoying the fair.”

Among her many memories, Jastromski recalled “a talent show that our club was in. The act was called the Shady Bunch and the kids had a lot of fun doing it.”

The Danforths’ favorite fair memory “is the way everyone came together to make the hog sale happen after the tornado two years ago,” they said. “Everyone pulled together to clean up, keep the animals safe, and have a fabulous sale for the kids.”

Originally organized in 1869 and running until 1917, the Fair Board opted not to hold a fair in 1918 due to so many area men serving in World War I. Sadly, the state legislature voted to halt state aid to any fair that was not held in 1918, which forced the fair to be cancelled the following year. As reported in the Spirit’s “All Those Years Ago” column over the past few months, a new group, the Portage County Advancement Association, was formed in the early 1920s, built a new pavilion at the fairgrounds, and held annual cattle sales there until the Depression. In 1949, the Amherst Lions and area businesses worked together to revive the fair, which has been held ever since under the management of the Portage County Fair Association.

Pederson, who has been Fair Board President for 21 years and involved with the fair for 35, said, “We are a county fair just like every other county fair in Wisconsin except we are one of only two fairs that do not get any state aid. All the money paid to exhibitors comes from money we earn at our fair or other income throughout the year.”

Some of that income comes from renting out the fairgrounds and its buildings the rest of the year when the fair isn’t in session. Pederson said, “We have weddings, graduations, retirement parties, quilt auctions, rodeos, chicken dinners, and state dog shows. During the winter months, Amherst Marine rents our buildings for boat storage. We are happy that our fairgrounds are used more than just the fair week.”

Pederson cited all the improvements to the fairgrounds over the past 25 years as something the Fair Board is very proud of and added that those improvements and the fair itself could not happen without the help of so many volunteers. “We are always looking for volunteers to help us out, so contact any Fair Board member to volunteer,” he added.

Both Jastromski and Creighton cited one volunteer, Ruth Otto, for her work on the fair. Creighton said, “She was an amazing woman who supported and advocated for youth in our community. She made sure the fair was youth and family focused. She volunteered year-round to make sure families had a positive, fun experience.”