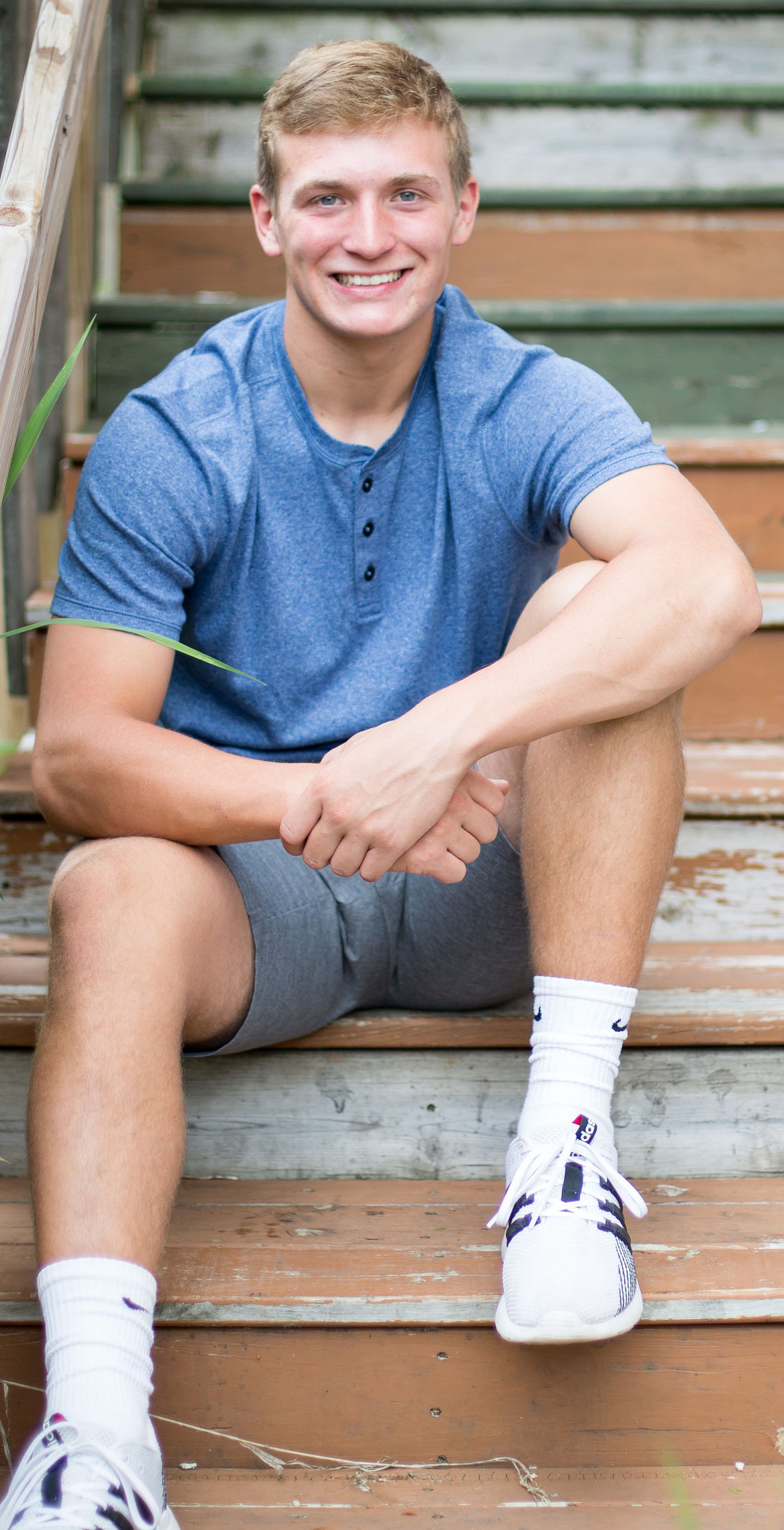 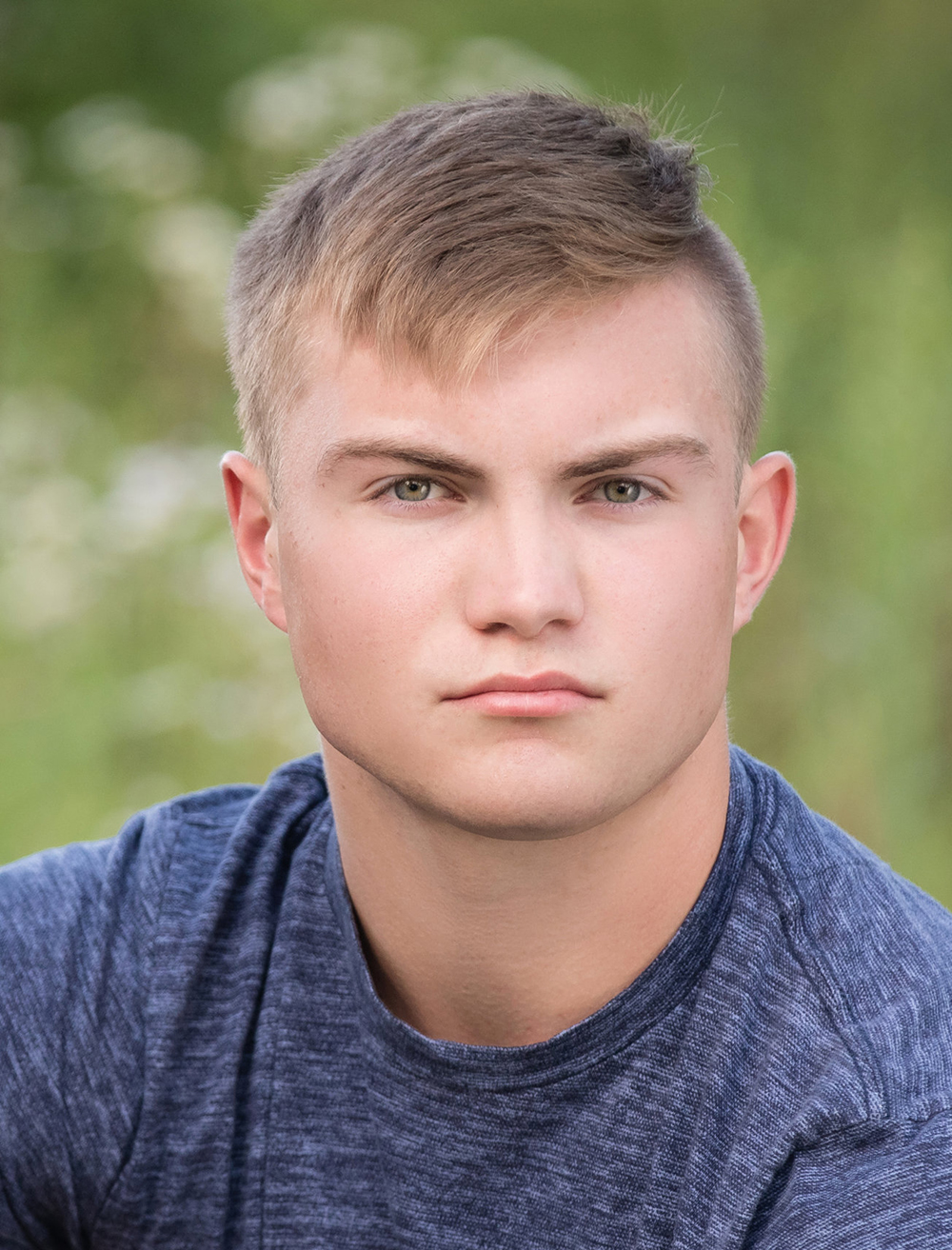 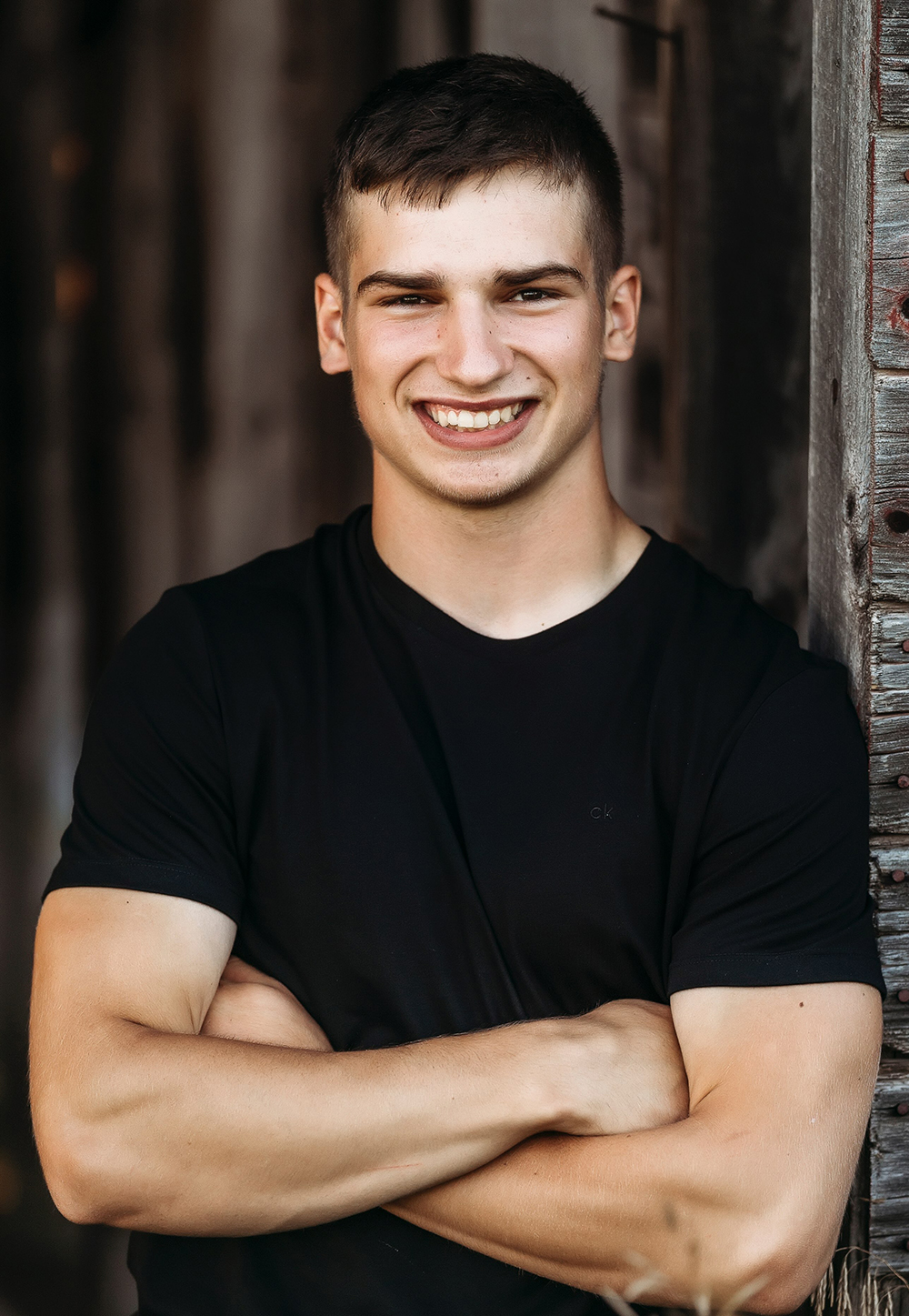 Special to the Jensen Community Spirit

When quarterback Tristan Schelvan looks over to the sidelines to get a play call, he’ll see a familiar face: Amherst head coach Mark Lusic.

When Schelvan gets his teammates lined up for the play, he’ll receive the snap from a familiar face: his high school center Eugene Gregorich.

When Schelvan looks down the line of scrimmage, one of his tackles will be another familiar face: his high school teammate Kaden Oleson.

The Wisconsin Football Coaches Association Small School All-Star Game July 17 will definitely have an Amherst feel to it.

Schelvan, Gregorich, and Oleson—who all graduated in May after solid careers playing for the Falcon football program—will play for the North squad in the annual All-Star game at Titan Stadium in Oshkosh. Lusic will be an assistant coach and the team’s offensive coordinator.

Lusic said he’s excited he will be on the sidelines again with his three players.

“It’s a credit to the three guys that we had as seniors this year,” he said. “I’m excited to coach them one more time. Every year, you lose seniors, and it’s always so sudden. You always think about it, but when that last game is over—win or lose—it’s just kind of over. So, to get to coach these guys one last time is exciting for me personally.”

With only 39 players on the North team, Amherst is the only school to have more than two players. It’s a testament to the Falcons’ storied success on the gridiron.

Gregorich, who was a team captain and two-year starter at center, said, “It says a lot about the program. The coaching staff in my opinion is unbelievable there. They do a great job. They know what they’ve been doing. They’ve proven over the years with winning state titles and putting guys consistently into the all-star game.”

Amherst has had a great tradition of sending players to the All-Star Game. In 2020—the game was cancelled due to the pandemic—Amherst linebacker Aidan Elwood was invited to participate. In 2018, quarterback Marcus Glodowski and defensive back Bryce Holderman played in the game.

The last time Amherst had three players in the all-star game was 2016: defensive lineman Tyler Biadasz and quarterback Garrett Groshek—who are now both in the NFL playing different positions—as well as defensive back Ben Gutschow were all named to the team.

Schelvan said he’s been dreaming about playing in the All-Star Game ever since Biadasz and Groshek played in it.

“I’m very excited,” Gregorich said. “Our junior year is when (the pandemic) all started and when I finished my season and I watched two guys on my team get selected as All-State and were going to play in the All-Star Game. I started doing some research on it, and I was like, ‘Wow. This would be an amazing opportunity if I happened to get chosen next year.’ ”

Oleson, who started on the offensive line for three years at Amherst, said, “I’ve always wanted to play in this since I was a kid. Getting to be able to do it is kind of cool.”

The guys added that they love that they’ll get to play with their tight teammates one final time. Of the three, Oleson is the only one who will be playing football in college at the University of Sioux Falls.

Gregorich said, “It’s going to be awesome. I actually was really hoping if I was selected to the All-Star Game, I’d get to do it with a couple of my buddies. That’s going to be the best part about it—I’ve got people there I’ve played with. All three of us are really good friends, so it’s going to be a great time.”

Lusic said he is planning to have Schelvan, Gregorich, and Oleson all on the field on offense at the same time. And because the North team will only have seven practices prior to their game against the South, Lusic said he probably won’t have time to install many new plays.

“It will be our offense for the most part,” he added. “Depends on what we’ve got; I’ll adapt. Put the ball in the athletes’ hands and hopefully good things will happen.”

Schelvan said he is expecting Lusic to have the Amherst playbook wide open, dialing up some big-time plays.

“All your reads are the same, everything’s the same, so you don’t have to worry about learning a whole new offense in three days,” he added. “It just makes it way easier.”

Having blocked for Schelvan for a number of years, Oleson and Gregorich know what their quarterback is like in the pocket and when he gets outside into the open field. The two offensive linemen will be able to provide their quarterback the protection he needs.

Oleson said, “Me and Eugene were some of his lead blockers, so I think getting to know Tristan and knowing what happens—like if someone breaks through, he’s going to run to our side. It’s kind of nice knowing that Tristan’s going to be able to rely on us and we can rely on him.”

That familiarity as teammates and friends will be important.

Gregorich said, “It helps a lot, especially with the communication on the offensive line. With Kaden, he knows the stuff that I’m saying and I know what he’s saying, so we’ve got the lingo. The same with Tristan at quarterback with his snap count. A lot of quarterbacks have different snaps and all that, so it’s nice to be able to hear his voice back there. I know his consistency when he says, ‘ready, set, hut,’ so that’s going to help a lot, too.”

Since Oleson will be the only one of the three Amherst guys to play in college, he said he’s hoping to take away some things he can use at the next level.

“All these guys are extremely good players, so if I can take away some stuff from them, take some tips from them, I will,” he added.

Schelvan will attend UW-Stevens Point. He said it’s going to be hard for him not playing football come fall.

“I just want to take every moment in and savor the moment, because knowing it’s probably the last time I lace up the cleats,” he added.

Gregorich is off to UW-Stout later this year. He said he won’t be playing football, but he’s considering playing golf. It will be one last hurrah putting on the pads and helmet.

“It was almost a relief once I heard I was on the All-Star team, because it’s like, oh, thank God, I get to put on the pads one more time, strap it up,” he added.

Gregorich said he knows the All-Star Game is going to be a great experience on and off the field. “On the field, I’m excited to meet all my teammates and be able to play with them,” he added. “I’ve talked to other people that have played in the All-Star Game and they said the camaraderie is just great between all the teammates. You’re playing with the best players in the state, so you know it’s going to be a great game, you just know it is. Off the field, it’s going to be just as good, especially with the fundraising for the Children’s Hospital—that’s a great cause.”

For the first time in the All-Star Games’ history—there are games for Large, Small, and Eight-Man divisions—players will be able to play on both sides of the ball because roster sizes are smaller this year due to the pandemic.

Schelvan said he is open to playing safety on defense, Oleson said he would love to get reps at defensive end, and Gregorich said he could get in at linebacker.

The Amherst clan will report to River Falls, where the Small North squad will practice during the week, on July 13 with the game being played four days later.

Lusic said he hopes his guys are excited for the entire experience.

“I’ve heard from every kid that has ever been in this,” he concluded. “When I say this, I hope they don’t hang out together the whole time. Go out and find some new guys, talk to new guys. I’ve heard from people who were in this 10 years ago and they still talk to people that they met at this All-Star Game. It’s a great experience for these guys, so I’m hoping they enjoy all of it.”