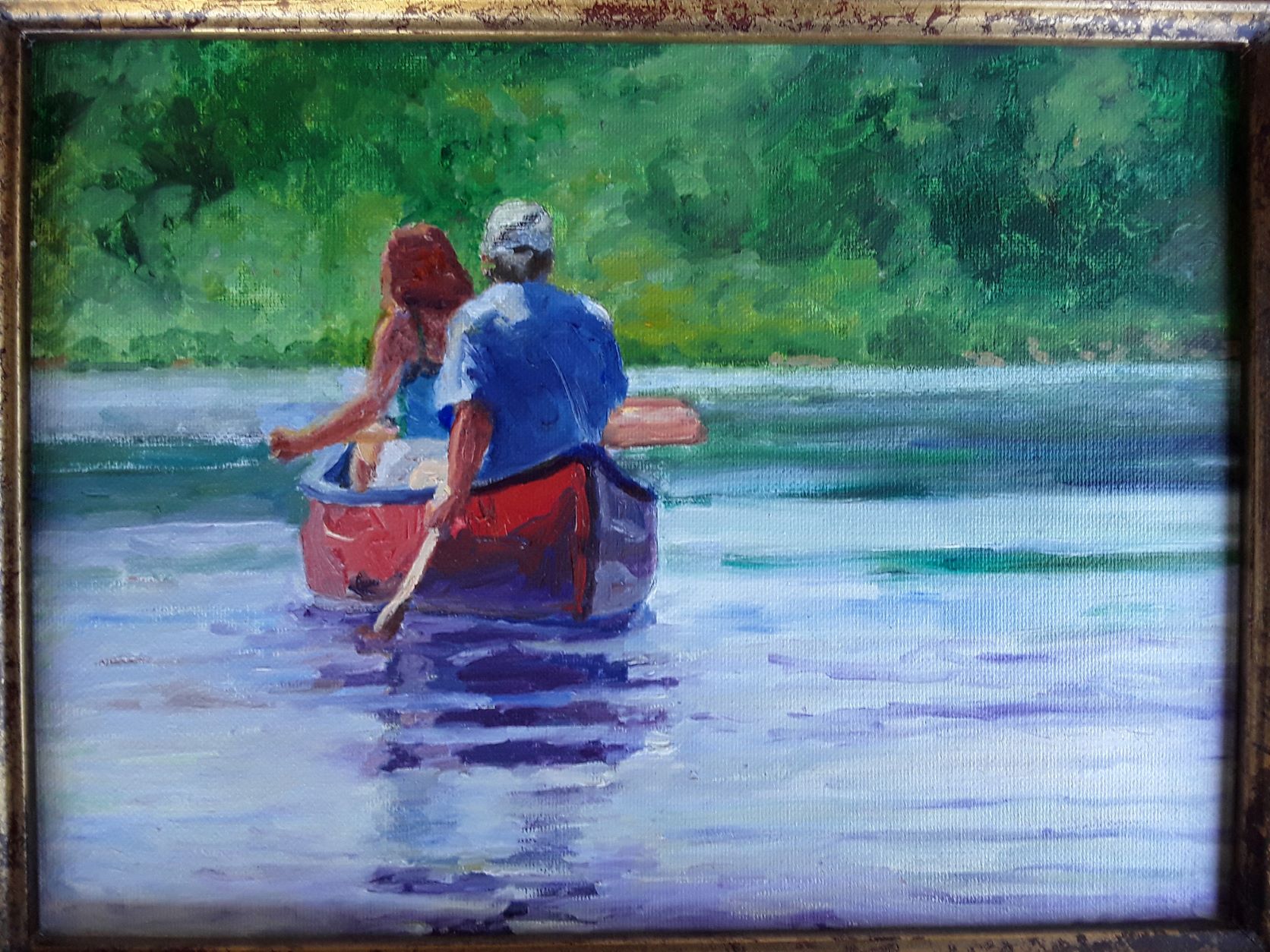 Dropping into the hardware store to grab some suet for the waiting woodpeckers or get a paint brush is a common experience. This is usually accompanied with some chatter, maybe gossip, very possibly advice, and a chance for me to offer some under-appreciated life coaching.

In a small town, this exchange is important, invariably because there will be someone there I know or someone who needs to be relieved of some fishing information. Standing by the minnow tank, it’s possible to hear an angler mumble a few leading words.

“Ya, been getting some nice bluegills over on Mykl…b…s.”

Pointing an ear, I like to sidle over, maybe looking at the fan belts up high.

“Where you been gettin’ those gills?”

“I been getting a few on Brek…, but a little slim pickin’.”

I might add that I don’t think I’ll be getting out again but am just trying to get a feel for where they’re at. He might say he’s been getting some good ones on the river. “Ya, just out from Plover.”

Well, I heard a “mi” sound in the first exchange, and after he leaves, I’ll go to the next source.

It just goes like that, unless of course Elmer just flat offers it up.

So, the other day I went in there for two paint brushes and furniture oil. If I recall, it was too cold to fish, I was too lazy, and my mind was generally afuzz. At the back register, and not far from the minnow supply, there was a younger gentleman unknown to me who was making an inquiry about percussion caps.

“You a black powder shooter?” I questioned, not that it was any of my business. He had a twinkle in his eye and after a short discussion, he told a story about having two very old flintlock black powder pistols he recently purchased. Of course I was all ears and probably starting to drool over such an exciting find. He was clearly looking to put them back in shooting condition, but not for dueling.

The talk went on, and I admitted that our family had been involved in mountain man reenactments and had once upon a time enjoyed blasting away with ancient muzzleloaders. As I was about to leave, he asked if we had ever been to the encampment over west next to Old Man River.

As he was about to slip out the back and I out the front, I motioned to him, “Have fun with those pistols.”

He paused and said, “It’s never too late to go down to the river.”

I walked out the door almost rattled.

“It’s not too late to go down to the river.”

I wasn’t sure where that came from, but yes, it could mean the Mississippi Rendezvous, but my suspicions, all tangled in this age of mine, was running too many algorithms through my hard drive. I knew there were religious connotations there, but there was also some history wrapped in my younger years.

I could see Springsteen soulfully singing “The River.”

“That night we went down to the river

“And into the river we’d dive

This is not a pleasant song about small-town living to say the least, but the river still was a place of some sort of salvation, a place to hide, maybe a place to cleanse.

There was another country song out there that went,

“I’m going out to the country, gonna bury my head in the creek

“I’m gonna jump in that water, baptize both my feet

“ ’Cause everywhere I’ve been walking, I’ve been getting in trouble deep

“I’m going down to the river, gonna wash my soul again”

I tried to discard the songs because I, for one, didn’t think I was a sinful man needing a cold bath. I had to shy away from the tunes. There was just too many of them, and I found myself singing that religious number from Oh Brother, Where Art Thou, “As I went down to the river to pray, studying about that good old way…”

I was going religious right then and there, and I could almost see myself back in the church choir, loving to sing—and snapping the bra strap of the cutie in front of me—was that a sin?

That’s when Huck Finn came to mind, ya, Huck Finn floating down the river—and this shopper was talking about the Mighty Mississip. Right? There it was the river of life, the flow line to adventure, and the stream of wonder for an aging man just as it was for a young ratty kid full of what was to come.

The guy was a messenger from Huck Finn telling me it ain’t over yet. Forget about cleansing anything, get a boat in the water, don’t sit around procrastinating and complaining, get on with life, start a motor, you don’t even need to be clean. Maybe I’ll even rewrite the sad song from Bruce.

That sure felt better, and my mind now, not rattled, has settled and will ramble and flow on forever.