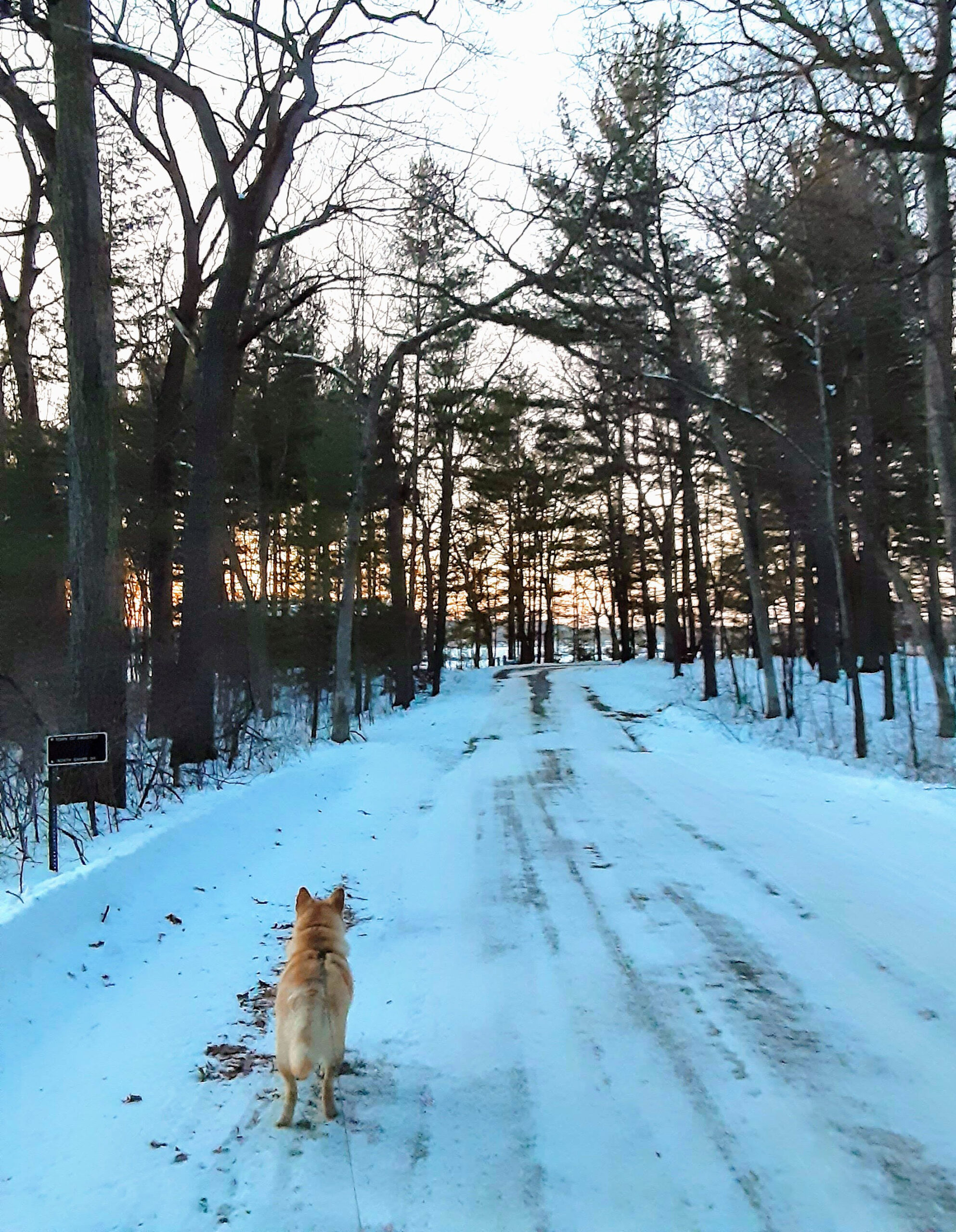 February is always an interesting month for a writer. Well, at least it is for me. There’s not a lot happening because the weather’s too harsh, or you can’t go anywhere because of the newest COVID variant, and there’s nothing interesting to write about.

So this column is going to be a little bit of everything, since there’s not enough fodder for a whole column on one topic. Except maybe the topic that, “there’s not a whole lot to write about.”

So how’s your new year going so far? It’s been almost three months for me in my new place, and things are going pretty well.

I’ve met a few neighbors, fallen into a good dog-walking routine with the pup, and gotten through most of the boxes. And yes, there are still boxes to be opened.

I have managed to find most of the important things. But every once in a while I stop and think, “Hey, where is that one thing?” And then I go mad trying to figure out which room I was in when I packed it, in order to figure out what room it’s in now, and in which box.

Example #1: For a long time, I couldn’t find my slippers. I probably have four or five pair of slippers, but could I even find one pair? Nope, because I thought it was a good idea to pack them all together in one box, and I had no idea where that box was.

I eventually gave up all hope of finding them. In fact, I put them on my Christmas list, since I figured I’d find them next summer, when I didn’t need them.

It was probably about two full months before I found them. One day I randomly opened a box and there they were, along with about a dozen pair of brand new tube socks! It was an exciting moment for me, and I told a lot of people about it that day, which shows you just how exciting my days can be. You’re jealous, I know.

Example #2: Three months had gone by and I still hadn’t found the power cord to my laptop. For a writer, this is a particular reason to panic. In fact, my December column wasn’t actually written, it was a very, very long voice-to-text message that I spoke into my email. Yep, talk about creativity!

When further searches for the laptop power cord continued to be unsuccessful, I decided to bite the bullet and purchased a small keyboard for my tablet, which connects via Bluetooth. Look at me, the techie! So January’s column was actually typed the old-fashioned way. Well, as far as the keyboard, anyway.

Then one evening a few weeks before February was upon us, I decided to make one final effort to find the power cord before resigning myself to purchasing a new one. This happens often. I always think I’m so organized, labeling and listing for hours, and then when it’s time to reap the fruits of my labor, nada.

I remembered putting the power cord away with all the other cords beneath the desk, in the same box as the laptop, labelled with what they all went to, because I knew I’d never remember when it came time to put it all back together again.

“Where is that box?!” I said out loud probably several dozen times while searching, but the dog just looked at me while wagging his tail. His charming expression of “I’m nice and fuzzy if you’d like to pet me for a bit” was all the help he could muster.

I’m not sure how I ended up finding it, but in a box, beneath a thick stack of papers that needed filing, there it was.

A chorus of angels sang.

After plugging everything in, I went through a half-dozen more boxes, wondering once again why in the world do I have so much stuff, and vowing to take a few hours each weekend and start tossing what I didn’t have time to shed before the move.

It’s interesting how a move to a new place alters how you use things and also how you decide to use your time. It just shakes everything up, like a snow globe, and things settle down in a different way, and you start to see your surroundings and yourself, differently.

Example #3: I set up one room as an office and also one for crafting, but found that I spent time doing paperwork most often at the kitchen table and I prefer doing my crocheting in the den, next to the fireplace with a travel show on PBS quietly playing in the background.

The dog is loving living where there are a lot of wild areas and wild animals who leave their scents behind for him to ponder. The neighbors are also quite fond of Mr. T, but that’s no surprise, as he has quite a fan club wherever he goes. Many times in the past I’ve been at a stoplight when suddenly soft sounds of utter delight generate from a neighboring vehicle. “Ooooooo! Hello, puppy! What a cutie!”

I too, enjoy our daily walks, as they have expanded quite a bit from our walks in the city. I measured the path we took with my car, and realized that I had been walking two miles a day since we got here!

Gee, I had no idea. I just enjoy the time watching him dart up and down the ditches and snowbanks, trying to catch the scent of something interesting. It’s also nice to have some time to clear my head of the day’s troubles, while enjoying the incredible beauty of winter and just…be.

A nice long walk with a good friend at sunset is a great way to end the day.

Photo courtesy of the author and Mr. T.

Previous PostGovernor Evers visits AmherstNext PostI’d Rather Be Wright, II: It’s not too late to go back to the river
0Shares